Study Proves It: Salt and Obesity Linked To Premature Aging 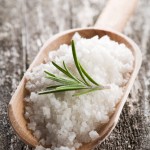 If I told you that by cutting out that salty bag of chips or pretzels every day at lunch will help you live longer, would you believe me?  As hard to believe as that may be, it’s true. Too much salt in your diet has recently been found to be associated with faster cellular aging.  Let me tell you more about it…

A couple months ago, researchers at Georgia Regents University conducted a study on whether high salt intake contributed to cellular aging.   For their test subjects, they zeroed in on teenagers because their diets are typically higher in salt than the average person.  They focused on 14-18 year-olds who consumed between 2,388 mg of sodium (the low intake teens) and 4,142 mg sodium (the high intake teens).   These teens also had varying levels of obesity.

As a reference of “normal”, so you know just how truly high their salt intake was, the American Heart Association recommends you eat no more than 1,500 mg sodium per day.  So, even the lowest intake teens were close to 1,000 mg over recommended amounts.  The highest intake teens consumed almost 3 times as much.

If their sodium intake levels weren’t shocking enough, the results of the teens’ cellular aging tests were off the chart.  You may remember me explaining cellular aging to you through past newsletters.  But just to recap briefly, aging has to do with the length of your telomeres.

The teens’ lab results were unbelievable.  Even in this very young group of teenagers, all had telomere shortening beyond what they should have for their age.  Those that consumed the highest amounts of sodium had the shortest telomeres.  In short, their bodies were much older than their young years.  And, many had developed “adult” diseases like high blood pressure and type 2 diabetes.

Yet, in the more normal weight teens, but still with a high sodium intake, telomere lengths stayed within normal range.  So, the researchers concluded that a high salt intake and obesity became a deadly duo to telomeres.  They seem to energize each other to hasten cellular aging.

So why does obesity and high sodium intake create premature aging?

When people overeat, they typically choose processed, and/or “junk” foods that are high in salt and fat.  It’s easy to gain weight from this type of diet.  High blood pressure and type 2 diabetes can develop secondary to the weight gain.

So does this study mean that this telomere shortening phenomena only occurs in teenagers?  No, the teenagers were just the best group to demonstrate the effect because of their high salt intake.  In previous WASH (World Action on Salt and Health) studies, high salt intake diets in older people were also associated with the development of diseases of aging – even in normal weight individuals.

For example, a high salt diet can lead to the following:

1.  Hypertension and increased risk for stroke

3.  Osteoporosis – high salt diets cause calcium to be leached from bones.

If you’re overweight, the fastest way to halt telomere shortening is to cut your salt intake to a more normal level.  This stops the “obesity/salt” attack on telomeres quickly.  In the meantime, try to get your weight to a more normal level to get rid of all those extra inflammatory cytokines.

To decrease salt intake, doing the following can help:

1. Cut down processed foods.  If you must eat them, read labels and choose lower sodium foods.  This means even your “all natural” breakfast cereal could have more sodium than a bag of chips.

2. Put the salt shaker away.  Don’t add salt to your foods. Don’t be fooled by “sea salt”, “natural salt” or “organic salt” thinking it’s more healthy for you.  Salt is salt.

5. Drink water.  Water helps flush out excess sodium from your body.  In addition, too little water causes you to actually retain water.  This puts more strain on your heart and kidneys.  Drink at least half your weight in water each day.  For example, if you weight 160, drink 80 ounces of water, spread out, throughout the day.

We all want to live longer and healthier.  Doing a simple thing like cutting back on your salt intake can go a long way in maintaining your telomere lengths for a much longer period of time.