Spices of the World: Ikaria, Greece 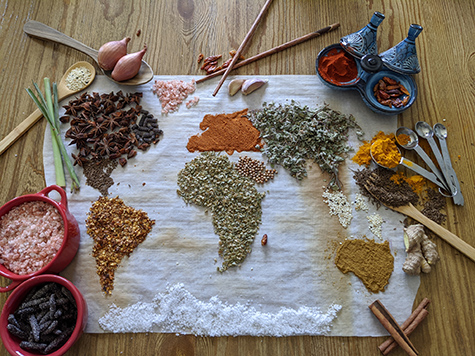 Over the past year, FoodTrients has been exploring foods and flavors from around the globe. This week, we introduce a new series on the world of herbs, spices and ingredients that help create some of distinctive dishes we have featured and the age-defying benefits they deliver.

Ikaria is a beautiful Greek island located in the Aegean Sea and is known as a ‘blue zone’ due to many residents living well into their 90s. Cases of dementia almost non-existent. Often relying on only what can be grown at home, Ikarians consume diets high in fruits and vegetables, drink goat milk and wine, and cook using herbs with added medicinal properties such as dill, garlic, and rosemary. Ikarians value a slower paced lifestyle, social interactions, and working outside, which may contribute to their overall health. Here’s a list of the favorite herbs in Ikarian cuisine: 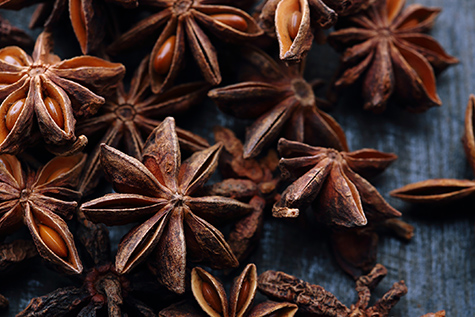 Known as one of the oldest used herbs, anise is used medicinally to treat a variety of health issues such as congestion, menstrual pain, headaches, gas, and indigestion. Anise has a licorice flavor, and is often used in Ikarian cuisine for flavoring alcohol and in sweet dishes such as koulourakia, a cookie often made for special holidays like Easter. 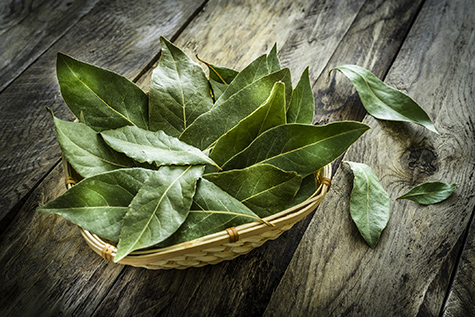 Found on the laurel tree common to the Mediterranean area, bay leaves are used to treat arthritis, cardiovascular disease, and can be applied topically to help with joint pain and irritation. When cooking, bay leaves are often added to soups and stews to help give dishes an earthy flavor that is similar to oregano, another common herb of Ikarian cuisine. 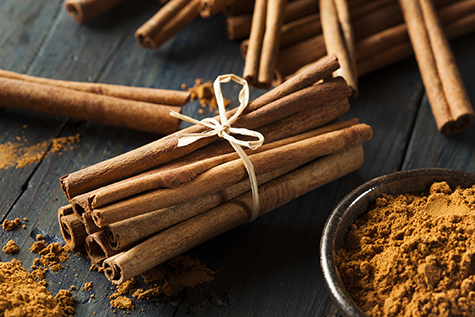 Cinnamon is used medicinally to help regulate blood sugar, especially in those with diabetes. When used in the kitchen, cinnamon adds a sweet flavor to not only desserts, but savory dishes such as Kouneli stifado, a rabbit stew that is seasoned with other herbs common to Ikarian cuisine such as bay leaves, coriander, and garlic. 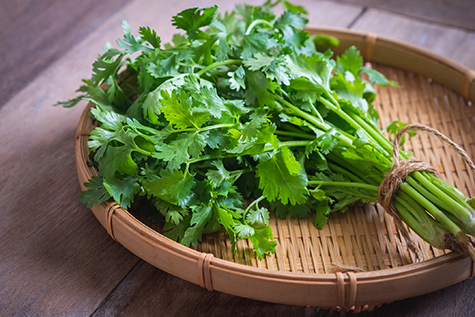 Coriander is the ‘fruit’ of the coriander plant, while its leaves are known as another common herb, cilantro. It is typically used to help with gastric issues such as indigestion, diarrhea, gas, nausea, irritable bowel syndrome (IBS), and constipation. When cooking, coriander is added to Ikarian dishes to provide a lemony, floral taste profile that can be used in savory meat and vegetable dishes. 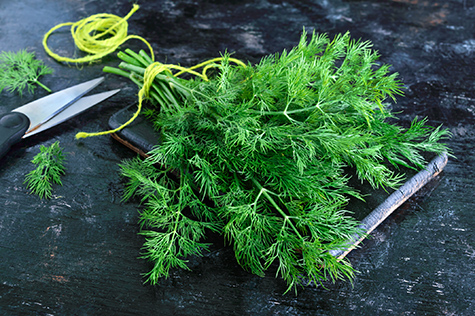 A common Mediterranean herb, dill may be used medicinally for fevers, colds, urinary tract infections (UTI), and gastric disorders. It is commonly seen in all types of dishes and is used to season tzatziki, a tangy yogurt and cucumber sauce that pairs well drizzled atop many common Ikarian dishes or as a dip for vegetables or bread. 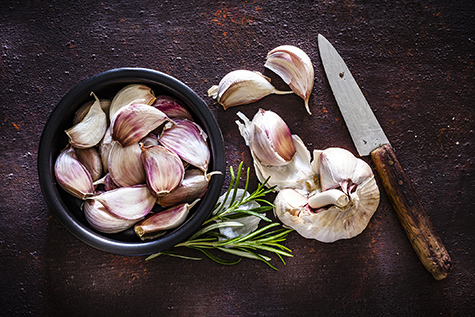 A powerful herb, garlic may be used to aid conditions such as diabetes and high blood pressure, as well as illnesses like the common cold and flu. It has antibacterial and antiviral properties as well. In Ikarian dishes, garlic is used often as it pairs well with other herbs such as dill, bay leaves, and oregano. It is grown in many gardens in the region. 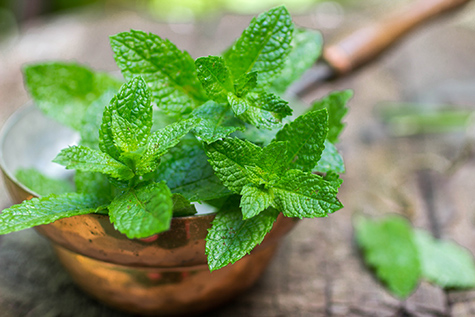 Mint can be used medicinally for stomach discomfort such as gas, indigestion, and diarrhea. In Ikarian cuisine, it is commonly used in a variety of meals such as meat and rice dishes, used to season sauces that are tomato based, and even drunk as an herbal tea. 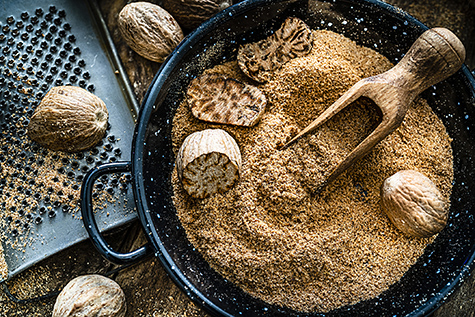 If you experience gastric discomfort like diarrhea, gas, or nausea, nutmeg may be a spice that can help treat these conditions. Known for its sweet yet nutty flavor profile, nutmeg is a spice often used in a variety of Ikarian dishes as it pairs with other herbs such as cinnamon and coriander in squash pancakes or walnut cake. 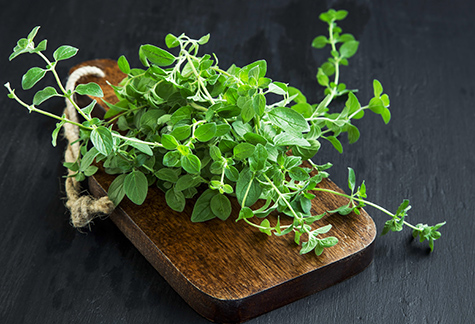 Greek oregano is medicinally similar to oregano and may be used for gastric and respiratory disorders. In the kitchen, Greek oregano is vital to Ikarian cuisine and is used in a variety of dishes. It pairs well with vegetables, fish, and meat, as well as salads and sauces. It complements other common spices such as garlic and rosemary by providing an earthy flavor. 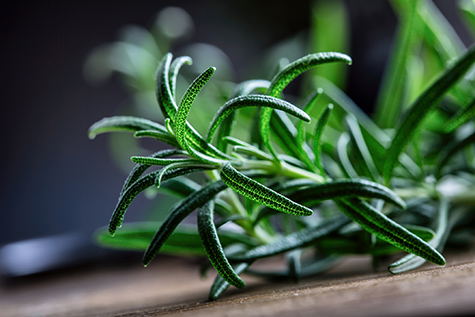 A relative of mint, rosemary is used medicinally for brain health, stress, and treating depression. A common herb used throughout Ikarian cuisine, rosemary is added to provide a unique flavor to dishes like lamb roasts, which are popular during holidays like Easter and other holidays. 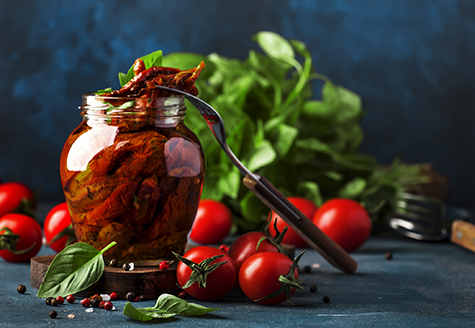 Dried naturally over the span of a few weeks in the sun, these flavorful tomatoes are used medicinally as tomatoes would, as their nutritional components do not diminish during the drying process. Sun-dried tomatoes may be helpful in treating gastric disorders, the flu, and even lowering blood pressure. In Ikarian cuisine, sun dried tomatoes pair wonderfully with other spices like rosemary, thyme, and garlic, and can be added to most meat and vegetable dishes. 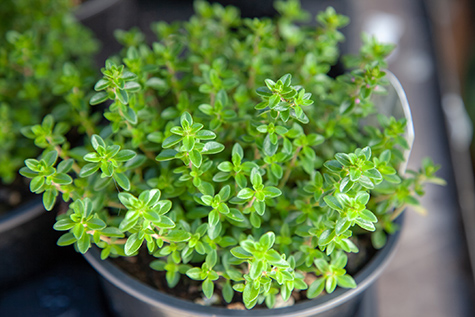 Medicinally, thyme may be helpful with common cold symptoms such as coughing and sore throats, as well as inflammatory conditions like bronchitis. Popular in Italian cuisine as well, thyme is also seen commonly in Ikarian dishes due to its herbal flavor and ability to pair well with garlic and lemon. Similar to rosemary, thyme is often used to season lamb dishes such as leg of lamb, which is simmered with other fragrant herbs like garlic and oregano.