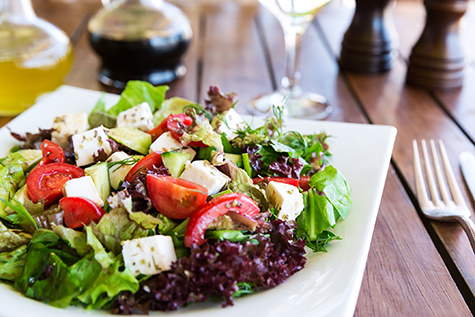 You already know that diet is linked to overall health and what we eat on a daily basis can have a big impact on whether we’ll develop conditions like type 2 diabetes or heart disease or even suffer a stroke.

Unfortunately, more and more people are being diagnosed with these conditions in the United States. For example, in 2012 alone, an estimated 700,000 people died from cardiometabolic diseases, like heart disease, type 2 diabetes, or stroke. Of those 700,000 deaths, 319,000 likely were linked to a poor diet.

That’s a high number of deaths each year that are totally preventable with a healthier diet. Dariush Mozaffarian, the dean of the Friedman School at Tufts and senior author of a study recently published in the Journal of the American Medical Association, said: “This is a remarkable burden, nearly 1,000 deaths each day linked to dietary habits.”

Fortunately, scientists who worked on the newly published study were able to better understand what foods contribute to these diseases and what foods can actually help prevent them. They even compiled a list of foods to either avoid or eat more of. So, what foods are at the top of the “do not eat” list and which foods have been given the green light? Let’s take a look.

Foods to Eat More of

With all of their research and evidence compiled, Tuft scientists agree that in order to fight cardiometabolic diseases, Americans must be prepared to change their dietary habits. In fact, making simple changes in your diet, like choosing a banana for breakfast instead of a bowl of sugary cereal or doughnut, can decrease your risk of heart disease, type 2 diabetes, and stroke by 50 percent.

This sounds great and all, but where did Mozaffarian and his team get their data? Well, it turns out their analysis was based on data compiled by the NHANES federal survey, otherwise known as the National Health and Nutrition Examination Survey. Researchers questioned 8,500 participants about their dietary habits. Mozaffarian and his team also looked at the link between diet and diseases from previous clinical trials and studies.

Unfortunately, one of the team’s findings was something that many people are already aware of, which is that dietary habits are closely linked to an individual’s socioeconomic status. They found survey participants who already had healthy diets also exercised regularly and tended to be wealthier. On the flip side, individuals with lower incomes were more likely to have poor eating habits and a much higher likelihood of having health problems liked to their poor diets. Unfortunately, more health problems translate to higher healthcare spending. Each year, patients with diabetes spend an estimated $245 billion, and a woman suffering from diabetes can expect to spend about $283,000 throughout her lifetime.

All Things in Moderation

Although we’ve established that processed, sugary, high-in-fat foods are best avoided, it doesn’t mean you can’t enjoy a slice of birthday cake or a hamburger every once in a while. According to many nutrition studies, excessive consumption of these foods increases the risk of cardiometabolic diseases. So, all things in moderation.

The food pyramid already details the basic guidelines about how much of a particular food group you should eat each day. For instance, sugary foods should not exceed 10 percent of your daily calories. By making smart decisions about what you eat, you will be able to lower your risk of heart disease and other cardiometabolic diseases so you can go onto live a long, healthy life.