Salt Is a Must-Have, But How Much? 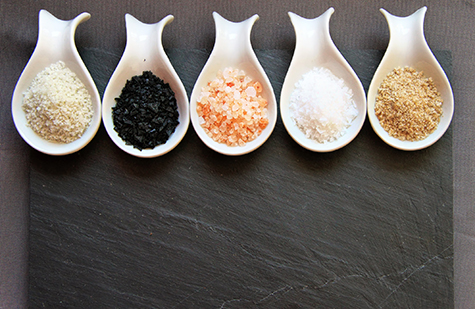 Common salt is in fact a bit more complex than many people think it is. Table salt with iodine, Himalayan salt, Sea salt – what’s the difference? Crucial for life because of its role in nerve and muscle function as well as in fluid and electrolyte balance, salt is a must-have. But in the modern diet we often focus on restriction because intake is generally high. It wasn’t always that way. Whole, natural, unprocessed food is very low in sodium and well balanced with potassium found in fresh produce. Early humans and those without access to processed foods may have a difficult time getting enough salt in the diet. 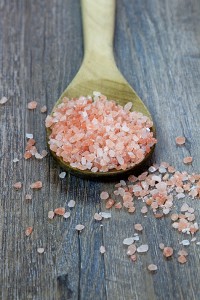 Salt is a fantastic preservative and humans are also attracted to the flavor so it is now found in plentiful amounts in common foods like soups, sauces, frozen and canned foods, deli meat, and snacks. Even sweet foods can contain more sodium than you think!

Medicinally, salt is used for:

Salt plays a role in our health and also in our kitchens. There are a lot of different types of salt. The tale salt that we eat (90% of the sodium intake in the U.S.) is called sodium chloride. But salt also comes into the diet in other forms including sodium acetate, sodium bicarbonate (baking soda), sodium citrate, sodium phosphate and sodium benzoate.  You may be wondering about the hot food trend, Himalayan and colorful Sea salts. Are these better for you? Is there a limit?

Himalayan salt specifically comes from ancient sea beds found at high elevations. Sea salt comes from the evaporation of water from oceans or lakes. Table salt and industrial salt (like the kind we use for roads) comes either from evaporating brine in pressure vessels or mined for from deposits in the earth. Regular table salt is processed and generally low in minerals other than the added iodine which helps prevent thyroid problems like goiter. 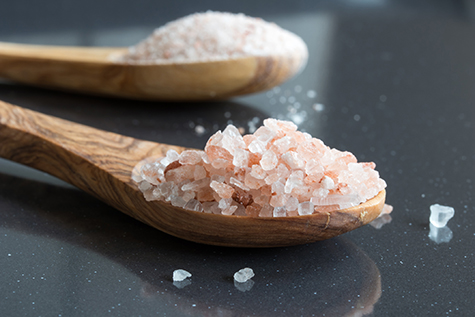 The benefit of Himalayan or sea salt is mainly culinary. It adds flavor and offers a delicate texture that some chefs prefer. Himalayan salt and sea salt may come in colors ranging from pink, orange and tan to dark brown or black because of some of the trace minerals found in where they were harvested. Salt can contain minerals such as calcium, magnesium, sulfur and trace elements like bromine, iron, zinc, copper and silicon. Keep in mind that eating salt that contains minerals isn’t the best way to get all the minerals you need – fruits, vegetables, whole grains, legumes, nuts and seeds contain the minerals your body needs, too.

No matter the type of salt, there are limits on how much salt a person should intake. The adequate intake is listed at 1.5 grams and the tolerable upper limit is 2.3 grams. This is not a difficult number to exceed because of how much salt is found in the modern American diet. Too much is a risk to the cardiovascular system and is linked to elevated blood pressure. There are salt substitutes on the market but many are potassium-based which is problematic for some health conditions. If flavor is the reason you’re seeking salt, try experimenting with other herbs and spices including blends like Mrs. Dash which add flavor and a savory taste without added sodium. Try dried basil, thyme, onion powder, ground cumin, garlic powder and ground mustard as a replacement you can make at home. 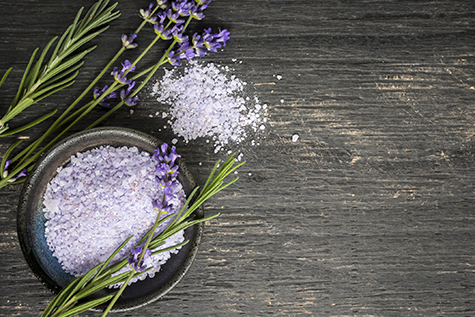 There are some safety and interaction considerations with sodium like there is with most herbs and spices we eat. There is a moderate interaction with medications used to control high blood pressure, mineralocorticoids and some glucocorticoids (corticosteroids) and lithium. Many people replace salt with salt substitutes like potassium chloride which can be harmful with certain medications such as kidney or cardiovascular disease. Use caution and discuss with a doctor if you are unsure. It is easy to get too much salt in the diet but there are also conditions where a person has too little salt (and too much water). Make sure to discuss sodium balance with your doctor if you have questions or problems with your blood pressure.
Natural Medicines Database. Sodium. https://naturalmedicines.therapeuticresearch.com/databases/food,-herbs-supplements/professional.aspx?productid=1535 Updated 5/2/17. Accessed 8/20/17.
ResourcesHow do you use salt in your diet? Do you find that it’s difficult to control the intake? Do you have a favorite color of salt?