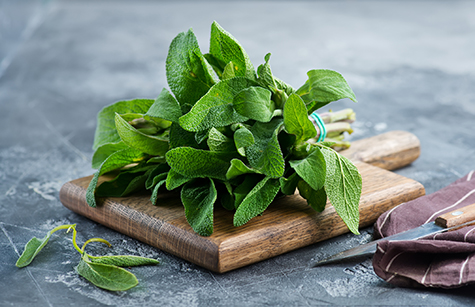 Soft, fuzzy sage leaves have a rich history and use culinary as well as medicinally. Sage has been used in Europe for centuries as a spice and a medicine. There are many different species of sage, perhaps as many as 900, but Salvia officinalis is most commonly used medicinally, horticulturally, and commercially. Used commonly as a savory culinary spice in everything from sauces to poultry seasoning to modern cocktails, sage also has a rich history of medicinal use. The essential oil in sage contains monoterpenes and tannins which may contribute to the way it can benefit health and the human body, exerting anti-bacterial, antioxidant, free radical-scavenging and even anti-cancer effects. Sage used medically has the power to lower blood sugar as well as blood pressure.

Medicinally, sage is used for:

When used in the amounts found in food, sage is generally recognized as safe. Like many herbals, there are more considerations for safety and interactions when used as a supplement in a more concentrated form or tincture. Studies have shown that sage as a supplement seems to be safe when taken orally for up to 4 months. It is not safe at all to use during pregnancy as it contains the thujone constituent that can be toxic if enough is consumed. Thujone is a known poison and the FDA has restricted its use. Sage as an herb or essential oil used topically appears to be a very safe product for most people but there is evidence that certain medicinal preparations or high doses have been documented to induce seizures so use caution and work with a physician before taking in supplement form. 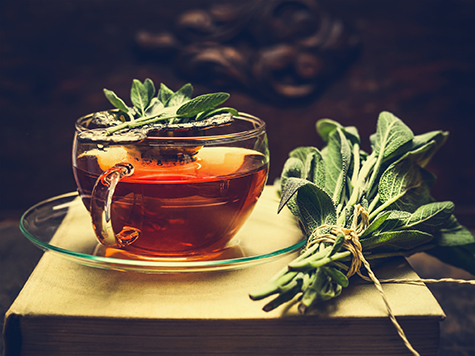 Some of the most promising research on sage as a supplement involves cognitive effects. Taking Salvia officinalis orally seemed to improve cognitive function in patients with mild to moderate Alzheimer’s disease when used for up to four months in one study. Another study on cognitive support sound that taking a single dose of Spanish sage 25-50 mcL prior to cognitive testing improved speed of memory, attention, and alertness compared to a placebo in healthy adult subjects. Other studies show that the antioxidant and anti-inflammatory properties of sage extracts may offer protection against the development dementia. Of course, before trying sage in supplement form for cognition, a doctor should be involved in this decision.

Finally, there is some interesting research on sage and its use in lowering blood sugar. It has been used as a traditional remedy to treat diabetes in many countries and its ability to lower blood sugar has been demonstrated in animal studies. Even tea infusions have shown promise to help treat diabetes but before using it for these effects, make sure to talk to your doctor because other medications and supplements should be taken into consideration. 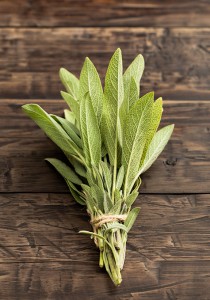 What do you think? Let us know in the comments if you have had a positive experience using sage medicinally!