Royal Jelly: A Superfood Fit for a Queen (or King!) 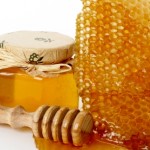 In the world of alternative medicine, the health benefits of some products can get hyped as “superfoods” and are all the rage for a while.  Then, it seems they fade away when they become replaced by the newest craze.  But some “superfoods” truly stand the test of time both in the health benefits they offer and their stability of popularity over the years.  I’d like to tell you about one of these products – a superfood fit for Queens (and Kings!) – whose health benefits you can depend on.

This Superfood Gives Your Health The Royal Treatment

Bees have been making “royal jelly” ever since their appearance on Planet Earth eons ago. They make it to nurture their Queen Bee who rules the worker bees in the hive. Research has shown that the Queen Bee who feeds exclusively on the royal jelly diet, lives 40 times longer and is much larger and stronger than the average worker bee.  Consequently, humans started harvesting royal jelly to reap its anti-aging, anti-disease health benefits for centuries!

Here are some of the miraculous properties reported, and proven in research as a result of adding royal jelly to the human diet:

1.  Anti-aging:  In a study out of Japan published in PloS One, August 2011, royal jelly was found to have several anti-aging properties and was shown to extend the lifespan of certain lab animals.  The researchers concluded that royal jelly could be used in nutraceutical products as anti-aging interventions.  These anti-aging properties are thought to be its natural antioxidants, vitamin A, C, and E. These fight free radicals that break down DNA and result in premature aging and the diseases that come along with it.  Royal jelly helps skin look younger longer by stimulating collagen production which discourages sagging and wrinkling.  Many people have also reported that royal jelly has rejuvenated, and stimulated, hair growth, just by applying it to the scalp.  They’ve reported accelerated hair growth and improvement in hair texture and shine.

2. Anti-toxin.  Royal jelly has been shown in research to cleanse the liver.  This helps boost the liver’s natural detoxing properties and helps you get rid of toxic loads before they get into your bloodstream where disease can start.

3.  Anti-bacterial/viral/fungal:  Royal jelly’s anti-infectious agent properties have been known for many years. As far back as 1990, a study published in the Journal of Biological Chemistry reported that royal jelly contains something called “royalisin”, a compound that fights bacterial/viral/fungal infections both internally and externally in skin wounds. It has been shown to be effective against thrush (oral fungal infection), athlete’s foot and vaginal candida infections.  These anti-infection benefits can be obtained by taking royal jelly orally and/or applied topically to the wound site.

4. Anti-cancer. A 2009 edition of BMC’s Complementary and Alternative Medicinerevealed that the high amounts of caffeic acid in royal jelly fight cancer by suppressing blood supply to tumors.  Its anti-inflammatory properties can help prevent cancer as well as researchers now believe that inflammation is a key factor in its development.  However, as it both boosts estrogen and testosterone, it should be used with caution in women with estrogen receptor positive cancers and men with prostate cancer.

5. Infertility fighter.  People around the world use royal jelly as a way to boost their reproductive capability.  Researchers have come to find out that the royal jelly eating Queen Bee lays up to 2,000 eggs a day, while the worker bees that don’t eat it are infertile. A 2008 study published in the International Journal of Obstetrics and Gynecology revealed that intra-vaginal applications of Egyptian bee honey and royal jelly improved fertility in women. Royal jelly exerts estrogenic effects similar to human estradiol – a form of estrogen that converts to several different types needed.  These estrogenic properties can also help postmenopausal symptoms as well.  Other studies have shown that it boosts testosterone in lab animals and is thought to increase libido in both men and women.

6.  Bone builder.  Royal jelly is thought to be of use to postmenopausal women and older men to build stronger bones and fight against osteoporosis.  It was shown in research to stimulate the production of osteoblasts – immature bone cells – that then mature into adult bone cells.

As you can see, royal jelly has been shown to have several, research-backed beneficial health properties.  But, it’s not for everyone.  If you have an allergy to bee stings or bee products, you could also have an allergy to royal jelly as well.  If you take blood-thinning drugs like warfarin or coumadin, or if you take hormone replacement drugs, you may want to ask your pharmacist if royal jelly will interfere with them.

If you’d like to try royal jelly, start with a reputable brand product.  Royal jelly comes in orally taken capsules, lozenges, pre-measured vials, or taken with a small spoon from a jar.  It can also be applied to the skin in creams, spray aerosols, and oils.  Follow the dosage and/or application instructions on the label.