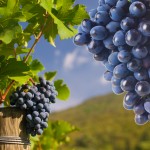 The results of a meta-analysis scheduled for publication in the June 2014 issue of the American Journal of Clinical Nutrition indicate that supplementing with resveratrol, a compound that occurs in red grapes and wine, could help improve glucose control and insulin sensitivity in men and women with diabetes without affecting glycemic measures in those without the disease.

Researchers from Chongqing, China selected eleven randomized, controlled trials of resveratrol supplementation that included a total of 388 participants for their analysis.  Resveratrol dose ranged from 8 to 1500 milligrams per day for periods of two weeks to six months. Three of the trials involved diabetic subjects.

While resveratrol did not impact glucose, insulin, insulin resistance or hemoglobin A1C in nondiabetics, these measures were improved among participants with diabetes. As potential mechanisms for resveratrol, authors Kai Liu and colleagues note that the compound has been shown to activate the expression of sirtuin 1, which benefits glucose control. Resveratrol also increases the expression of the insulin-dependent glucose transporter GLUT4 and activates glucose uptake in the absence of insulin.

“Resveratrol significantly improves glucose control and insulin sensitivity in persons with diabetes but does not affect glycemic measures in nondiabetic persons,” the authors conclude. “Additional high-quality studies are needed to further evaluate the potential benefits of resveratrol in humans.”