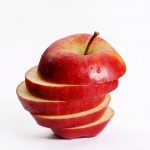 Research described online in the American Journal of Clinical Nutrition revealed that the ability of quercetin to reduce inflammation and insulin resistance in human fat cells is equal to or greater than that of resveratrol, a well-known plant compound that has an anti-inflammatory benefit. Quercetin is a flavonol found in plants including apples, onions, capers, lovage and grapes which have known antioxidant and anti-inflammatory properties.

Michael K. McIntosh and his colleagues at the University of North Carolina in Greensboro pretreated cultured human adipocytes (fat cells) with quercetin or trans-resveratrol, followed by tumor necrosis factor-alpha (TNF-a), a proinflammatory cytokine that contributes to chronic, low grade inflammation, which occurs in obesity.

Quercetin and resveratrol were rapidly taken up by the adipocytes. Both compounds lowered TNF-a induced expression of inflammatory genes, including interleukin 6, interleukin 8 and monocyte chemoattractant protein-1, as well as the secretion of these proinflammatory compounds. The effect of quercetin was greater than that of resveratrol. Quercetin was also found to have a greater impact on other factors, including the ability to reduce nuclear factor-kappa B transcription and insulin resistance induced by TNF-a.

“To our knowledge, this is the first study to show that quercetin and trans-resveratrol aglycones are taken up by primary human adipocytes,” the authors write. “Notably, consuming whole foods or supplements rich in phytochemicals such as quercetin and resveratrol provide many important health benefits. These benefits are most likely due to their ability to attenuate oxidative stress and inflammation, as shown in the current study and in other in vitro studies.”

“These data suggest that quercetin is equally or more effective than trans-resveratrol in attenuating TNF-a–mediated inflammation and insulin resistance in primary human adipocytes,” they conclude.