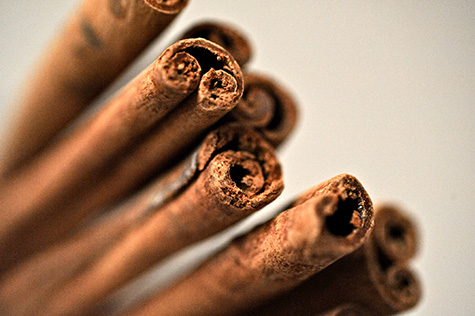 The earliest humans used plants for medicine as well as for food. By medieval times, people were making huge amounts of money trading spices around the globe.

People wanted to make their food taste good, of course. But the perceived medicinal benefits also were extremely important. According to author Jack Turner, “In the medieval mind, spices and medicine were effectively one and the same. Not all drugs were spices, but all spices were drugs.”

An 11th-century monk named Constantine wrote that ginger, cinnamon, galangal (a root related to ginger) and pepper could be used to treat impotence. Indeed, the search for medicines to reverse sexual dysfunction – or just enhance the experience – has been going on ever since.

Native peoples around the world have identified certain plants that seem to improve sexual performance, somewhat as medications like Viagra and Cialis do. Others are said to boost libido.

In the highlands of Peru, the favored plant is maca, Lepidium meyenii. It looks like a turnip and is considered a staple food. Like turnips, it is in the family of cruciferous vegetables that includes cabbage and broccoli. But maca also has a reputation for increasing stamina, strength and sexual desire.

There is limited research on maca, but one small study found that it could improve sexual function in postmenopausal women (Menopause, November-December 2008).

Another pilot study found that maca helped overcome the sexual dysfunction associated with SSRI antidepressants such as fluoxetine and sertraline (CNS Neuroscience & Therapeutics, Fall 2008). These researchers also noted that maca may have a beneficial effect on libido.

In India, a country that uses hundreds of medicinal herbs, one of the most popular is ashwagandha (Withania somnifera). The roots are used in Ayurvedic medicine to ease pain and inflammation, promote sleep and calm anxiety, among other purposes. It also has a reputation for restoring sexual vigor (Acta Poloniae Pharmaceutica, January-February 2011).

Rhodiola rosea has been used traditionally in Scandinavia and Siberia for generations. It is renowned as an energy booster and libido enhancer.

One study reported substantial improvement for men complaining of premature ejaculation (Experimental and Therapeutic Medicine, October 2016). The researchers report that almost all of the 91 men in the study took the herbal treatment for the full three months, possibly because it did not have adverse effects and it improved their quality of life.

We should caution that anyone experiencing sexual difficulties should check with a physician, even though it might seem embarrassing. That’s because conditions such as erectile dysfunction and low libido may be caused by underlying medical conditions such as diabetes, heart disease and thyroid problems.

Herbs also can interact with prescription drugs. That’s why it is important to consult a health professional before experimenting with combinations of medications and herbal extracts.

You can learn more about this intriguing topic by reading the book “Hot Plants: Nature’s Proven Sex Boosters for Men and Women” by Chris Kilham, published in 2004 by St. Martin’s Griffin.