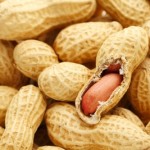 A new study has revealed that nuts and peanuts help in reducing risk of death, especially from heart disease.

While research has previously linked nut consumption with lower mortality, those studies focused mainly on higher-income, white populations. This study by Vanderbilt University and the Shanghai Cancer Institute was the first to discover that all races; blacks, whites, and Asians alike, could potentially increase heart health by eating nuts and peanuts.

Information on nut consumption was collected by structured questionnaires at the baseline survey. For participants in the SCCS, deaths were determined by linking with the National Death Index and Social Security Administration mortality files, and for participants in the SWHS/SMHS, by linking with the Shanghai Vital Statistics Registry and by conducting home visits. In total, over 14,000 deaths were identified, with a median follow-up of 5.4 years in the SCCS, 6.5 years in the SMHS, and 12.2 years in the SWHS.

Peanut consumption was associated with decreased total mortality, particularly cardiovascular mortality (i.e., 17 percent-21 percent reduction in total mortality, and 23 percent-38 percent reduction in cardiovascular mortality for the highest quartile intake group compared to the lowest quartile group) across all three racial/ethnic groups, among both men and women, and among individuals from low-SES groups.

Xiao-Ou Shu, M.D., Ph.D., associate director for Global Health at the Vanderbilt-Ingram Cancer Center, said that peanuts are much less expensive than tree nuts, as well as more widely available to people of all races and all socioeconomic backgrounds, so increasing peanut consumption might provide a potentially cost-efficient approach to improving cardiovascular health.

The study is published in JAMA Internal Medicine. (ANI)