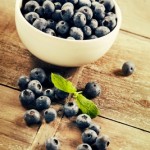 Scientists have for the first time discovered what effect multiple, rather than just single, foods with anti-inflammatory effects have on healthy individuals.

The results of a diet study show that bad cholesterol was reduced by 33 per cent, blood lipids by 14 per cent, blood pressure by 8 per cent and a risk marker for blood clots by 26 per cent.

A marker of inflammation in the body was also greatly reduced, while memory and cognitive function were improved.

“The results have exceeded our expectations! I would like to claim that there has been no previous study with similar effects on healthy subjects”, says Inger Bjorck, professor of foodrelated nutrition at Lund University and head of the University`s Anti-diabetic Food Center.

Forty four healthy, overweight people between the ages of 50 and 75 took part in the diet study.

For four weeks they ate foods, which are presumed to reduce lowgrade inflammation in the body, a condition which in turn triggers metabolic syndrome and thus obesity, type 2 diabetes and cardiovascular disease.

Some of the products in the food portfolio are not yet available in the shops, but were developed specifically for the study