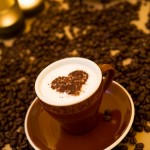 If you’re one of the 150 million Americans that drink coffee on a daily basis, we have good news for you. Despite decades of medical advice from organizations like the American Heart Association that coffee may be bad for your heart, breaking research has proven that moderate coffee consumption offers powerful protection against heart failure and stroke.

Two exciting new studies provide dramatic insight into coffee’s health-giving benefits. Together, these studies show that coffee reduces the risk of both hemorrhagic and ischemic stroke by improving endothelial function (the mechanisms by which blood vessels retain their control over blood flow and pressure). Strokes, like heart attacks, are the consequences of disruptions in endothelial function that lead to sudden loss of blood flow, with devastating effects on surrounding tissues.

Stroke is among the top three causes of death in the United States. Drinking 5 or more cups of coffee a day has been found to reduce risk of death from a stroke by 36%. With more than 140,000 people dying from stroke each year, that 36% risk reduction could save the lives of more than 50,000 people a year!

But there are plenty of other healthy reasons to have your daily cup of coffee. Coffee reduces your risk of dying from heart disease, prevents diabetes, cuts cancer risk, and even reverses cognitive impairment in Alzheimer’s patients.

Despite decades of medical advice that coffee was “bad for your heart,” new evidence is demonstrating just the opposite: Moderate coffee consumption can protect against heart attacks and subsequent heart failure.

Researchers found among women, drinking at least 2 cups of coffee per day was associated with protection of up to 25% against dying from cardiovascular disease. And in a group of patients (men and women) who had suffered the most common kind of heart attack, 96% of patients who were given coffee during their stay in the coronary care unit had a favorable increase in their heart rate variability, a measure of protection against premature cardiovascular death.

Diabetic patients are at exceptionally high risk for heart attacks, largely because of the poor endothelial function induced by years of exposure to high glucose levels. A study of type II diabetics showed that those who consumed 5 or more cups of coffee daily were about 31% less likely to die from all causes and about 30% less likely to die from cardiovascular diseases, compared to those who drank no coffee.

Endothelial dysfunction is a major risk factor for strokes because it impairs blood flow through the brain’s major arteries. Strokes, like heart attacks, are the consequences of disruptions in endothelial function that lead to sudden loss of blood flow, with devastating effects on surrounding tissues. People who’ve had strokes lose function in the affected brain regions, resulting in disorders of speech, balance, coordination, motor strength, and often cognition.

But recent evidence has indicated that coffee can improve endothelial function, reducing your risk of stroke. Studies show that coffee consumption is powerfully associated with reduced risk of both major kinds of stroke, ischemic (not enough blood to the affected areas of the brain) and hemorrhagic (bleeding from a major brain artery).

A study of hemorrhagic stroke, conducted among patients with no prior stroke history, demonstrated that being a coffee drinker was associated with a 36% reduced risk of hemorrhage, compared with being a non-coffee drinker.

Ischemic stroke is the more common variety.17 Compared with drinking 0 to 2 cups daily, people who drink 3 to 4 cups of coffee per day have a 23% lower risk of dying from a stroke. That risk reduction climbs to 36% in those who drink 5 to 6 cups a day. Similar studies found that women who consume 2 or more cups of coffee per day (caffeinated or decaf) have an overall 20% reduction in stroke risk.

Animal studies help explain the reason behind this powerful protection against ischemic stroke. When scientists applied coffee-containing water to tiny blood vessels in mice, they discovered that it slows the time it takes for chemically stimulated platelets to block arteries, from just over 12 minutes to 46 minutes. That extra half-hour window could be the time it takes for a stroke victim to reach urgent medical care and avert a catastrophe.

Coffee Reduces the Risk and Impact of Diabetes

We’ve already seen that coffee can reduce the risk of cardiovascular disease in diabetics. But there’s strong evidence to show that moderate coffee consumption can lower your risk of developing diabetes in the first place.

This benefit is especially seen among women. In a recently published study, for example, women consuming regular coffee (3 or more cups daily) had a 34%lower risk of developing diabetes than those who drank less than one cup per day, while men had only a borderline risk reduction.

However, men can benefit from coffee consumption as well. An interventional study of men showed that drinking 5 cups of caffeinated coffee daily for 16 weeks decreased after-meal glucose concentrations by an average of 13% and total exposure to glucose by nearly 8%, along with a decrease in waist circumference. There were no changes in this study among the decaf or no coffee groups.

Interestingly, both of these studies only showed benefits in the groups drinking caffeinated coffee—and not in the decaf groups. However, at least one large study from researchers at Harvard Medical School found significant risk reductions for diabetes in women who consumed either caffeinated or decaffeinated coffee. This effect was not seen in those who consumed caffeinated soft drinks, indicating the protective effect of the components in coffee itself.

Both caffeinated and decaffeinated coffees contain the ingredients that account for coffee’s health benefits, namely chlorogenic acid and trigonelline, a compound related to niacin (vitamin B3). In one study, both substances reduced blood glucose by 9 to 12 mg/dL; they also lowered insulin concentrations following an oral glucose tolerance test.

Coffee’s non-caffeine components are associated with coffee’s anti-inflammatory actions, which likely contribute to the decreased diabetes risk. They have been shown, for example, to reduce levels of the inflammatory cytokines IL-18 and 8-isoprostane, while increasing the protective cytokine adiponectin.

Unfortunately, at this point, there isn’t enough information to make a firm recommendation about whether you should drink regular or decaffeinated coffee to lower diabetes risk.

Cancer researchers bashed coffee-drinking for years because they believed it contributed to the growth of tumors. But now there’s substantial epidemiological evidence showing that coffee consumption in fact reduces the risk of many tumors. This is especially true of breast cancer.

Breast cancer is a very well-studied malignancy in terms of its relationship to coffee, in part because the same liver enzymes are involved in the metabolism of coffee compounds and estrogen, as well as the breast cancer drug tamoxifen.

Studies have now shown that coffee consumption slows the growth of treatable estrogen receptor-positive breast cancer, resulting in an older age at diagnosis. And among women with known cancer-causing mutations, consumption of caffeinated coffee is associated with a significant reduction in breast cancer risk.

In one study, intake of at least 5 cups of coffee per day reduced breast cancer risk by 29%, reduced the risk of difficult-to-treat estrogen receptor-negative tumors by 59%, and reduced postmenopausal breast cancer by 37%. This study found no impact of other caffeine-containing beverages, again highlighting the importance of the non-caffeine components of coffee.

Although research into other cancers and their association with coffee drinking is less detailed, the available evidence is still encouraging. Take a look:

Neurodegenerative diseases in the US are rising at an alarming rate. A study published in April 2013 in the New England Journal of Medicine found that nearly 15% of Americans older than 70 suffer from dementia. The total monetary costs of dementia in the US as a whole is around $215 billion per year.

There’s now very strong epidemiological evidence that people who drink more coffee are protected against developing Parkinson’s and Alzheimer’s diseases, the most common forms of dementia. Studies show that coffee consumption lowers the risk for Parkinson’s by up to 74% and cuts the risk of Alzheimer’s and general cognitive decline by up to 51%.

Animal studies reveal some of the basic mechanisms behind this powerful protection. One of the most important ways coffee produces this effect is by preventing type II diabetes. Since diabetes is a known risk factor for developing Alzheimer’s, preventing diabetes ultimately helps prevent Alzheimer’s. One study showed that decaffeinated green coffee improved insulin sensitivity and improved brain energy metabolism, both important factors in Alzheimer’s disease prevention.

Caffeine also reduces both brain and plasma levels of the toxic Abeta protein (sometimes called the “Alzheimer’s protein” because it’s found in such high concentrations in the brains of Alzheimer’s patients). Remarkably, in both mice and humans, a single dose of caffeine (equivalent to 5 cups of coffee/day) quickly reduced both brain and plasma levels of toxic Abeta protein. This finding may represent the first true disease-modifying treatment of Alzheimer’s. (Current drug therapies can only reduce symptoms; they don’t produce changes in the disease process itself.)

But other components of coffee in addition to caffeine are essential and have been shown to work synergistically with caffeine to protect brain health and function, which means you can’t simply take caffeine pills (a bad idea for many reasons). One study demonstrated this dramatically: only caffeinated coffee—and neither caffeine alone nor decaffeinated coffee—protected against Alzheimer’s. Similarly, crude caffeine (a byproduct of coffee decaffeination that still retains non-caffeine components) but not caffeine itself, reduced Abeta levels and microscopic damage to brain memory centers.

Coffee has undergone a dramatic scientific rehabilitation in the past decade, going from feared pariah to welcome ally in the quest for better health and longer life.

Other benefits include a reduced risk for developing diabetes, cancer, and neurodegenerative diseases.

Protect yourself from the ravages of aging. Enjoy that next cup of coffee secure in the knowledge that you are not only producing no harm, but in fact are helping your body fend off some of the most dreaded consequences of aging.