Why You Need to Include Beetroot in Your Diet 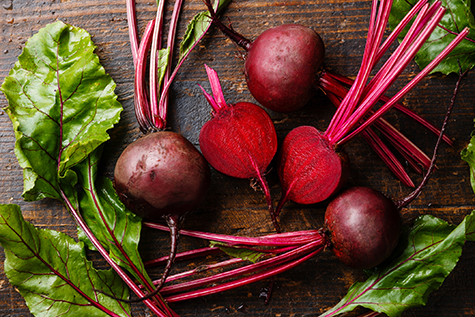 Red beetroots have been ranked among the most potent antioxidant vegetables.

Consuming fruits and vegetables of all kinds has long been associated with a reduced risk of many lifestyle-related health conditions. Beetroot is one of the healthiest and most nutritious vegetables.

Many people may ignore this distinctly coloured vegetable, but it’s time to give it due attention because of its multiple health benefits.

Beetroots are not only red. There are also golden beets and white beets. They are widely available in grocery stores and farmer markets.

Faustin Machara, a nutritionist at the Rwanda Biomedical Centre says beetroot is a rich source of minerals and vitamins such as vitamin A, C, B-6. It is a rich source of iron, folate and manganese. It also contains thiamine, riboflavin, pantothenic acid, choline, betaine, magnesium, phosphorus, potassium, zinc, copper and selenium, among others.

“Studies indicate that beetroot fiber has been shown to increase the number of white blood cells, which are responsible for detecting and eliminating abnormal cells.

“Red beetroot has been ranked as one of the most potent antioxidant vegetables and is also one of the richest sources of glutamine, an amino acid essential to the health and maintenance of the intestinal tract,” he says.

How to incorporate more beetroot into your diet

Nutritionist Machara suggests that beets can be roasted, steamed, boiled, pickled or eaten raw. Sliced pickled beets can also be added to one’s favourite salad. Beetroot can also be served as juice by blending it with a fresh orange, mint and pineapple or apples, lemon and ginger.

Apart from being used in all sorts of different food for flavour and color, though, beetroot has also been used for its medicinal properties for centuries, he says.

“Patients with anaemia are often asked to include beetroot in their diet. A low haemoglobin level can cause anaemia. For the body to function properly, it is necessary that one’s haemoglobin level stays at its optimum,” he says.

Machara notes that beets are rich in a plant alkaloid called betaine. According to research, dietary betaine improves liver function and leads to better diabetes control. It also stimulates the regeneration of liver cells and can help reduce the accumulation of fat in the liver.

Dieudonne Bukaba, a nutrition expert, says beets play an important role in improving liver health and as such act as a great tool for detoxification of the body. When the liver is able to detoxify chemicals and toxins more effectively, it is better able to balance hormones, cholesterol and energy levels. Beetroot juice contains betalains, a group of phytonutrients, that help your body throw out the toxins more effectively, he adds.

“Some of the compounds with the strongest anti-inflammatory potential include betanin, isobetanin, and vulgaxanthin. These are all betalains – red and yellow pigments that give beets their distinct colour. Betaine, which beets are also rich in, play an important role in regulating inflammation,” says Bukaba.

He adds that beets are high in fibre which can help to improve bowel function and keep waste materials moving through the intestines. Its high fiber content helps to prevent constipation and promote regularity for a healthy digestive tract.

“Choline, a very important and versatile nutrient in beetroot is also believed to help with sleep, muscle movement, learning, and memory. Choline also helps to maintain the structure of cellular membranes, aids in the transmission of nerve impulses, assists in the absorption of fat and reduces chronic inflammation,” Bukaba notes.

Many studies indicate that eating more plant foods like beetroot, decreases the risk of obesity, diabetes and heart diseases and promotes a healthy complexion and hair, increased energy, and overall lower weight. 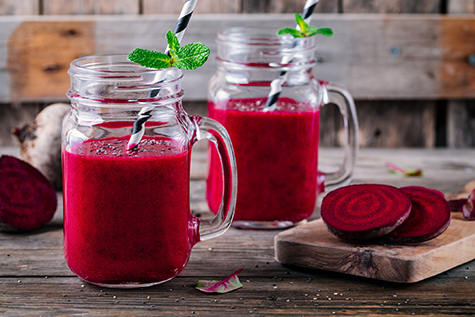 A 2008 study examined the effects of ingesting 500 milliliters of beetroot juice in healthy volunteers and found that blood pressure was significantly lowered after ingestion.

Researchers hypothesised this was likely due to the high nitrate levels contained in beet juice and that the high nitrate vegetables could prove to be a low-cost and effective way to treat cardiovascular conditions and blood pressure.

He adds that the quality of life for those with cardiovascular, respiratory, or metabolic diseases, who find the activities of daily living physically difficult because of lack of oxygenation, could be improved with beetroot.

Nutritionists recommend that when choosing beetroot, make sure it is heavy for its size and without surface damage. If the green tops are still on, they should look fresh, not wilted. The beetroot should be firm, smooth, and a vibrant red-purple, not soft, wrinkled or dull in colour. To store beets, refrigerate them in a tightly sealed bag.