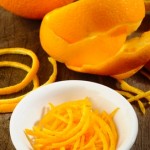 If you have ever wondered why you see so many TV commercials for heartburn medications such as Prilosec®, Tagamet®, and Tums®, it is because a startling 40% of the adult population suffers from a condition known medically as gastro-esophageal reflux disease (GERD).

For some people, heartburn causes minor discomfort after eating, while others experience pain so intense that they rush to an emergency room fearing a heart attack.

A common misconception is that heartburn is caused only by excess stomach acid that regurgitates back up into the esophagus. What few doctors realize is that when the sphincter muscle at the lower end of the esophagus fails to close properly, the result is a reflux of pancreatic enzymes, bile, food, beverages, and acid into the lining of the esophagus. Since esophageal tissues are relatively delicate, they are not able to handle the harsh digestive components from the stomach. The result is that victims experience mild to severe pain commonly referred to as heartburn.

Chronic heartburn predisposes people to higher risks of esophageal and other cancers of the upper digestive tract. Esophageal cancer related to heartburn has become epidemic in the modern world. Failure to protect the esophagus against the damaging components of the stomach significantly increases esophageal cancer risk.

The good news is that recent studies demonstrate that a low-cost orange peel extract (one capsule every other day for 20 days) can relieve heartburn symptoms for up to six months at a time.

Heartburn is the lay word used to describe gastro-esophageal reflux disease (GERD), a condition that occurs when digestive juices, food, and liquids regurgitate from the stomach into the esophagus. The cause of GERD is the failure of the sphincter muscle between the stomach and esophagus to close properly. The chronic reflux of harsh digestive juices seen in GERD is an underlying cause of many cancers of the esophagus, larynx, and pharynx.

To relieve heartburn pain and possibly reduce esophageal cancer risk, increasing numbers of heartburn sufferers chronically take proton-pump inhibitor drugs like Prilosec®, Prevacid®, and Nexium®. These drugs shut down almost all normal stomach acid production. While they provide heartburn relief for many, these drugs deprive the body of the acid it needs to support optimal digestion of foods. Another concern with proton-pump inhibitor drugs is that they only suppress acid production. This leaves the esophagus continually vulnerable to the reflux of digestive enzymes, bile, food, and other harsh liquids.

A chemist from Texas suffered painful symptoms of GERD for years and did not like the idea of taking a proton-pump inhibitor drug on a chronic basis. He looked at d-limonene, an extract from the orange peel, as a long-term approach to controlling GERD symptoms. Based on both anecdotal and as yet unpublished clinical research studies, the intake of just one 1000-mg capsule of this purified d-limonene every other day for 20 days has been shown to reduce or eliminate GERD symptoms in most people for six months or longer.

There is no clearly established mechanism by which d-limonene is so effective. Researchers, however, have speculated that d-limonene works in several ways to eliminate GERD-related pain. Since d-limonene is lighter than water, it floats to the surface of gastric juices in the stomach.

Joe S. Wilkins, the Houston-area scientist who developed this natural approach to heartburn relief, believes that the minor burping that occurs with d-limonene causes this orange peel extract to be directly carried into the esophagus. By coating the esophagus, d-limonene may protect the esophagus against caustic contents that would have otherwise been regurgitated from the stomach. D-limonene may promote quicker movement of food and gastric juices out of the stomach so that these esophageal irritants do not promote as much reflux.

D-limonene may also provide a barrier in the stomach and esophagus against bacterial infection. It is well established that stomach cancer risk is increased in those infected with the H. pylori bacteria.14 Finally, d-limonene may reduce the amount of gastric juices that reflux (regurgitates) back into the esophagus.

All of these mechanisms help explain why so many heartburn sufferers find long-term relief by taking just one 1000-mg capsule of d-limonene every other day for only 20 days.

In the first phase of a two-part trial, fully 89% of the participants reported resolution of their heartburn symptoms just two weeks after beginning supplementation with d-limonene. The 19 study participants initially rated their heartburn severity at 8 on a scale of 1 (least severe) to 10 (most severe). Their heartburn frequency was rated at 8.3, with 10 representing significant daily heartburn. After consuming 1000 mg of d-limonene in a single gelcap either daily or every other day, 86% of the daily group reported that the severity of their heartburn had dropped to 1 or 2 on the severity index, while 92% of those who took the supplement every other day had the same result.

In the controlled, double-blind second phase of the study, 22 participants were randomized to take either 1000 mg of d-limonene or a placebo. At day 14, an impressive 83% of those taking the orange peel extract (d-limonene) reported heartburn severity no higher than 2 on the 1-10 scale, compared to just 30% of those taking placebo. At the end of 20 days, 75% of those taking d-limonene reported relief from heartburn symptoms, compared to only 20% of the participants taking placebo. No one in the study reported any adverse side effects. Those who experienced relief with d-limonene continued to be free of heartburn two weeks after they stopped supplementation, and some experienced heartburn relief lasting up to six months after supplementation.

“The plethora of literature cited over the past 26 years [shows] that purified d-limonene definitely is a beneficial extract . . . and has many medicinal benefits,” noted Roger C. Willette, MD, the study’s lead author. “The six-month follow-up clearly indicated its potential for a long-lasting effect, since 10 of the 20 respondents to the follow-up survey remained free of gastric distress.”

Orange Peel Extract May Have Other Health Benefits

D-limonene’s ability to inhibit the growth of cancer cells has been studied since 1997. In the laboratory, it has been found capable of stopping the growth of liver, colon, pancreatic, and stomach cancers. Ongoing research is attempting to determine whether d-limonene can indeed become a significant tool in the fight against cancer.

Wilkins believes that in addition to its promise in fighting cancer, d-limonene may prove to be an important antimicrobial agent that could kill an array of dangerous bacteria and viruses. Studies are under way, he says, to determine whether its ability to coat and protect the linings of the gastro-intestinal tract may also make d-limonene effective in treating Crohn’s disease and other gastrointestinal disorders.

D-limonene should not be taken by pregnant or nursing women, or by people who have or suspect that they have ulcers. Individuals who do not have these health concerns are advised to use products containing d-limonene according to the manufacturer’s instructions.

Joe Wilkins suffered such severe GERD symptoms that he consumed two packages of Tums® a day for many years. After two weeks of taking 1000 mg of d-limonene each day, his chronic pain vanished. In over a decade, he has never experienced heartburn symptoms again. Joe currently maintains his esophageal health by supplementing with just one 1000-mg d-limonene capsule each month.

Derived from orange peel oil, d-limonene offers hope to those with symptoms of gastroesophageal reflux disease. Clinical data suggest that this amazing plant-derived nutrient yields long-lasting effects, with some individuals reporting that a short course of d-limonene therapy provides relief for weeks or even months after they discontinue its use.

D-limonene thus offers a natural alternative to conventional heartburn treatment, without the nutrient-depleting effects associated with some prescription heartburn drugs.