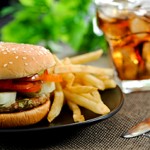 The American Academy of Family Physicians teaming up with Coca-Cola. Kids buying food from Pizza Hut Express in school cafeterias. A 15-year-old boy getting ready for gastric bypass surgery. These are just a few of the eyebrow-raising items that inspired “Fed Up,” a scathing documentary critique of the food industry and the government that enables it.

The item that really prompted action from filmmaker Stephanie Soechtig and journalist Katie Couric is the fact that America’s fitness craze and its obesity crisis seem to have happened simultaneously. Their resulting investigation has produced a documentary that does for the food industry what Morgan Spurlock’s “Super Size Me” did for McDonald’s.

“Fed Up’s” thesis is that America’s obesity crisis is the direct result of a conspiracy between a profit-driven food industry and an enabling federal government. The starting point is 1977’s so-called “McGovern Report,” which raised the first red flags of America’s unhealthy eating habits. From there, 30-plus years of corruption, misdirection and false advertising led to terrible results, and to illustrate, “Fed Up” gives us multiple profiles of children fighting obesity. 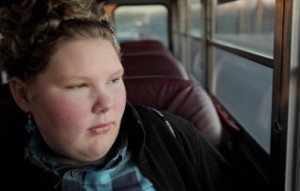 “Fed Up” has the food industry in its crosshairs, and it isn’t interested in placing blame anywhere else. Additional factors such as genetics, parental responsibility and the relationship between diet and exercise are summarily dismissed as “Fed Up” hastens to its solution: Do the same thing to the food industry that we’ve done to the smoking industry. Apply warning labels, restrict advertising and limit consumption, all in the name of a healthy population.

It’s a compelling argument, but it’s a bit too myopic to be conclusive. One vivid illustration compares the cost of a nutritional homemade meal to a typical fast food offering, and it would be convincing if you didn’t then wonder who was going to have the time and energy to do all the cooking in a single-parent or dual-income household. Often, “Fed Up” fails to ask the next question, and that limits the effectiveness of this otherwise informative documentary.

Anyone who graduated from high school more than 15 years ago may find it odd that kids today can order food from Chick-fil-A right in school cafeterias. And no one in their right mind is going to suggest that processed foods suffer from a lack of sugar content. But they might be hesitant to put faith in government intervention when government corruption was allegedly to blame in the first place.

“Fed Up” is rated PG for some mild thematic content, including smoking images and brief mild language.

Joshua Terry is a freelance writer and photojournalist who appears weekly on “The KJZZ Movie Show” and also teaches English composition for Salt Lake Community College. You can see more of his work at woundedmosquito.com.