The Medicinal Wonders of Yarrow 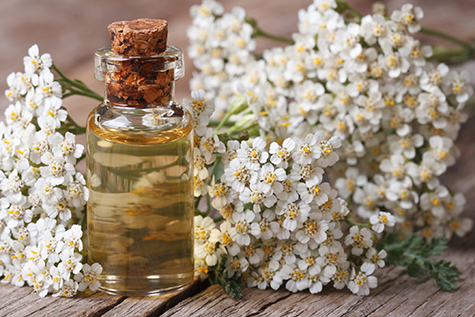 The ancient medicinal healing herb yarrow goes by many names including Achilee, Devil’s Nettle, Noble Yarrow, Nosebleed, Old Man’s Pepper, and Soldier’s Wound Wort among others. Yarrow (Achillea millefolium) has been most famously used as an herbal remedy used for wounds, cuts and abrasions. It’s genus name comes from the Greek character, Achilles, who was reported to carry it with his army to treat battle wounds. It grows naturally in sunny locations on thin, sandy soils. You may even see it growing along roadsides, in fields or on lawns.

Yarrow is native to Eurasia but now grows all over the world in North America, Australia, Africa and South America as well. Aside from being used as a medicine, yarrow leaves and flowers are eaten in salads; this is an edible herb. It is also used commercially as a cosmetic cleanser, in snuff and as oil in shampoos.

Medicinally, yarrow is used for:

Yarrow is in fact one of the most commonly used species in folk medicine. Often taken as a tonic, it has been used to treat stomach problems and as an anti-inflammatory. Studies have found that this plant contains many potentially beneficial compounds including antioxidants like phenolic compounds, terpenes, tannins, coumarins, sterols as well as vitamins. 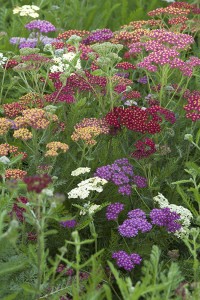 Though yarrow has been used since ancient times, there is insufficient evidence to completely understand how it could be best used today. There is some preliminary clinical research that suggests it can be used effective as a mouthwash to improve dental plaque or gingivitis in patients with inflammation in the gums. There have also been studies done on using it for mouth sores in people undergoing cancer treatment. A 2015 clinical trial found that the yarrow oral solution healed much better than a routine solution. More research is needed on this though it’s antibacterial effects are promising.

Because research is limited, so is the understanding of potential side effects. There are some known interactions between yarrow and medications. Caution with blood thinning medications as yarrow could increase this effect – it also thins the blood. For this reason, also discontinue use before surgery. It could interact with sleep medications including barbiturates like pentobarbital (Nembutal), phenobarbital (Luminal), secobarbital (Seconal) because using yarrow at the same time could prolong barbiturate-induced sleep time. It also may affect people who use lithium, requiring an adjustment in the dosing so with any of these medications, discuss with a doctor before using an herb like yarrow. There is also risk of allergic reaction because yarrow is part of the Asteraceae/Compositae family which includes ragweed, chrysanthemums, marigolds, and daisies.

All that being said, we may be seeing yarrow more and more beyond the supplement aisle as more research comes out about its healing properties. Have you used yarrow as an herb? Do you have it growing in your garden? Let us know about your experience in the comments!