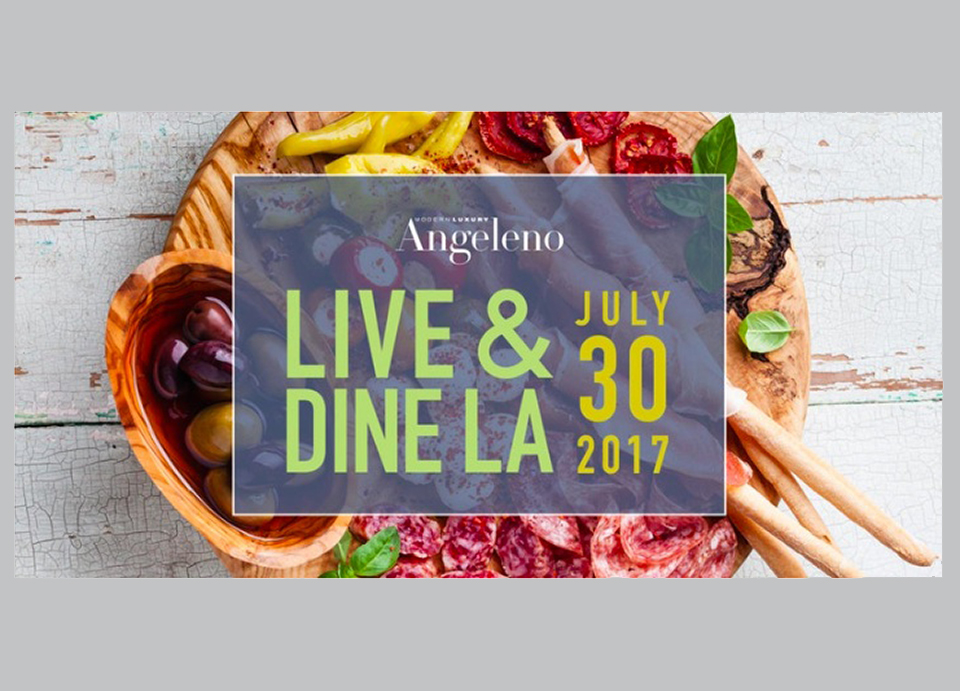 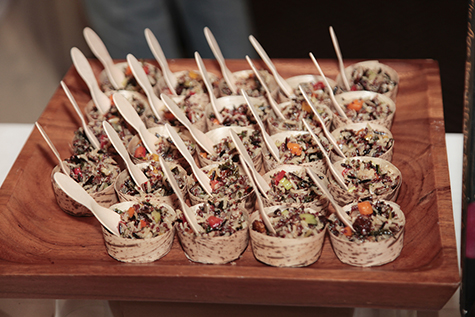 Los Angeles is not just the City of Angels, it’s the City of Food Angels who were out in force on Sunday (July 30) to support the Los Angeles Mission and to offer the over 1,700 people attending the event sample tastings. Angeleno Magazine’s annual Live & Dine LA event, which was held at the Fairmont Miramar in Santa Monica, honors the city’s most distinguished chefs and restaurants that help shape and evolve Los Angeles’ culinary scene, and the dishes they served were delicious proof of it. 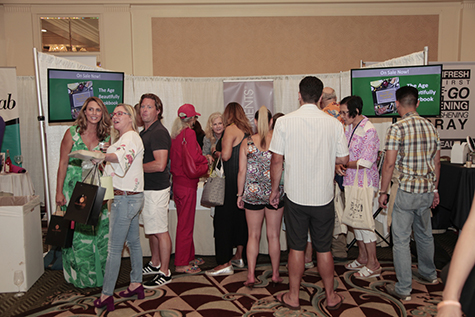 FoodTrients, the cookbooks and website created by Grace O and dedicated to the foods that promote longevity and vitality, was one of the featured partners for the event. The FoodTrients booth was part of the Wellness Lounge, which consisted of companies and products that promote health. Grace O and her FoodTrients team offered some of their favorite recipes for attendees to taste.  They included her innovative Green Tea Noodles with Edamame, Wild Rice & Quinoa Salad (with age-defying golden berries), Prune Walnut Bars (an audience favorite), and Baobab Butter Squares (even better than lemon bars if you ask Grace O). Drinks included Grace O’s Pomegranate Iced Tea and her Mint-Agave Tonic. 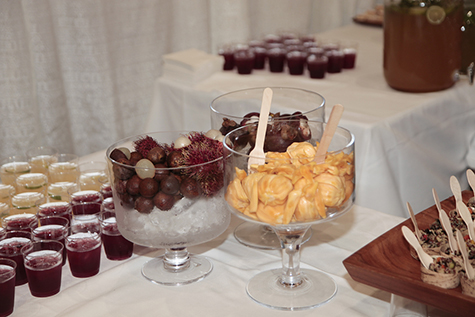 The FoodTrients booth attracted a lot of attention at the event as guests tasted the food and learned that the flavorful dishes can also help people look and feel better as they age. Guests were excited to learn that Grace O has collected her longevity “secrets” from around the world in her newest cookbook – THE AGE BEAUTIFULLY COOKBOOK, which is available on Amazon and Barnes and Noble. Her cookbook was recently honored with Gourmand’s “Best in the World” award for Innovation. 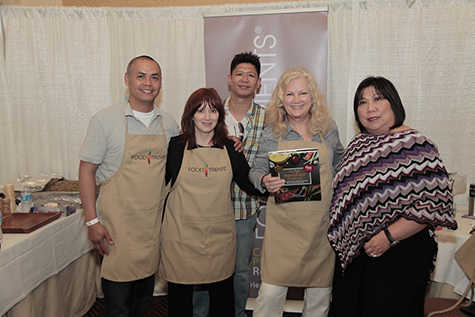 Guests were treated to culinary delights from more than 40 LA restaurants, and to drinks and cocktails from over 20 different vendors. Some of the participating restaurants included The Bazaar by José Andrés, The Butcher’s Daughter, Crateful, The District by Hannah An, Eataly, FIG Restaurant, Georgie, Obica Mozzarella Bar, Salazar, The Polo Lounge, Zen Craft, and more. Caffe Luxxe, Accomplice Bar, Cosa Salvaje Tequila, Lillet, Miraval, Red Bull, and Kevita were among the drink vendors.

All proceeds from the event went to the Los Angeles Mission, which exists to provide help, hope and opportunity to men, women and children in need. The LA Mission also strives to be a world leader among Missions that provide for the poor, restore the addicted and eliminate homelessness.