Who Knew Licorice Had So Many Benefits? 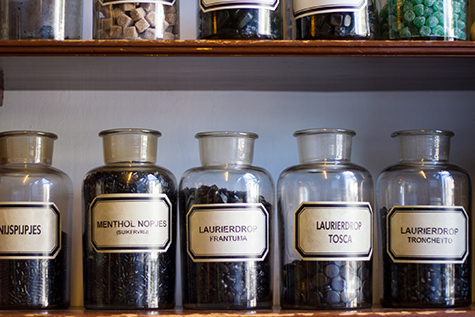 Often found on the candy shelf in red and black varieties, licorice is so much more than a snack at the movies. In fact, licorice products manufactured in the U.S. often don’t even contain any licorice root at all. Licorice is actually an herb native to the Mediterranean, Russia, Asia and the Middle East that contains the anise oil responsible for the classic aroma and flavor of black licorice. This flavor can be polarizing – some people love it and others avoid it – but it does have many uses for the health of the body and has been used since ancient times. Hippocrates famously used it to treat asthma and coughs; it was widely used by the ancient Greeks and Romans as well as in Chinese Traditional medicine. It is used today as a flavoring in food, beverages and even tobacco products.

Licorice is on the generally-recognized-as-safe list (GRAS) when eaten in normal amounts in food. Feel free to use it freely in recipes and drink it in tea if you enjoy the flavor. Read labels to ensure that the product you’re getting actually contains licorice when purchasing items that state they contain it. You can find licorice in stick form – it looks like a small piece of wood – in a ground powder, in tea, as supplement or chew, or as a topical gel or lotion. Deglycyrrhizinated licorice, called DGL, is commonly found and used in pre-meals to treat reflux and stomach upset. 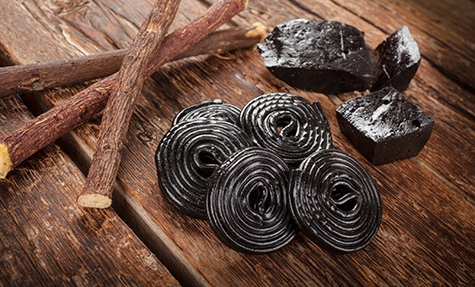 Some of the best evidence for using licorice is for conditions of the stomach and digestive system. The main compound that benefits health is through to be glycyrrhizin which is known to help regulate cortisol levels, stopping it from getting too high and helping regulate conditions such as adrenal fatigue. It also has been shown to provide anti-ulcer and anti-viral support in studies. In fact, carbenoxolone, a common pharmaceutical treatment for gastric ulcers, is a synthetic derivative of glycyrrhetic acid. Both human and animal studies exist that show licorice can successfully treat gastric ulcers and other GI symptoms. Next time you’re feeling stressed or have an upset stomach, licorice could be just the thing that helps. 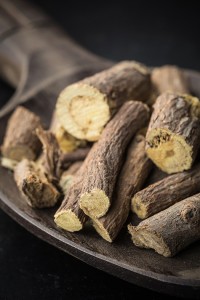 As always, there are some safety considerations with licorice. There is evidence that long-term, high concentration intake can cause high blood pressure as well as low potassium levels in the blood. It has also been shown to cause heart problems when consumed in high doses. Licorice is also unsafe to use during pregnancy because it has mild estrogenic and steroid effects and may cause uterine contractions. Make sure to consult with a doctor before using licorice to make sure it won’t interact with any of your medications or medical conditions or cause ill effects based on the dose you’re considering taking. The good news is that using licorice in the kitchen, drinking it as a tea, or even using it as a natural remedy short-term appears safe and effective in many studies.

Do you enjoy the flavor of licorice? Have you used it medicinally? Let us know in the comments!

Resources:
Isbrucker RA, Burdock GA. Risk and safety assessment on the consumption of Licorice root (Glycyrrhiza sp.), its extract and powder as a food ingredient, with emphasis on the pharmacology and toxicology of glycyrrhizin. Regulatory Toxicology and Pharmacology. 2006 Dec 1;46(3):167-92.