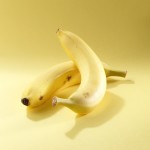 The finding of a reduced risk of stroke and premature mortality among women with a higher intake of potassium was reported in an article published on September 4, 2014 in the AHA journal Stroke.

The current investigation utilized data from 90,137 postmenopausal women who had no history of stroke upon enrollment in the Women’s Health Initiative Observational Study. Dietary questionnaire responses were analyzed for potassium intake, which averaged 2,611 milligrams per day. Over an average 11 year follow-up period, 3,046 strokes (including 2,190 ischemic strokes) occurred and there were 11,596 deaths from all causes.

Although the U.S. Department of Agriculture recommends a level of 4,700 mg of potassium daily, Dr Wassertheil-Smoller observed that “Only 2.8 percent of women in our study met or exceeded this level. The World Health Organization’s daily potassium recommendation for women is lower, at 3,510 mg or more. Still, only 16.6 percent of women we studied met or exceeded that.”

“People should check with their doctor about how much potassium they should eat,” she advised.