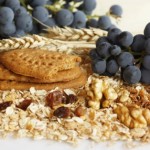 The results of a systematic review and meta-analysis published on December 19, 2013 in the British Medical Journal add evidence to a protective effect for high fiber diets against the risk of cardiovascular disease.

For their analysis, researchers at England’s University of Leeds selected 22 prospective studies involving the association between fiber intake and cardiovascular or coronary heart disease published between 1990 and August 2013. Fiber intake was reported as total fiber, soluble or insoluble fiber, or by food source, such as fruit, vegetables or grains.

Results of a pooled analysis of the twelve studies that evaluated coronary event risk and total fiber intake revealed a 9% decrease in risk with each 7 gram per day increase in fiber. A similar reduction was determined by analyzing the ten studies that examined the association between total fiber intake and cardiovascular disease risk. A modestly greater benefit was observed for insoluble fiber, which occurs mainly in whole grains, in comparison with soluble fiber, which is abundant in legumes, nuts and other sources. Fiber from fruit sources also emerged as significantly protective against the risk of cardiovascular disease.

Authors Diane E. Threapleton and her colleagues remark that, due to the widespread nature of cardiovascular disease, even small reductions in risk could impact thousands of men and women. They note that an additional seven grams of fiber could be provided by just one portion each of grains and beans, or by consuming two to four servings of vegetables and/or fruit.

In an accompanying editorial, Dr Robert Baron, who is a professor of medicine at the University of California, commented that the study “increases our confidence that benefit, as reflected by reduced cardiovascular disease and coronary heart disease events, will in fact accrue with higher dietary fiber intakes.”