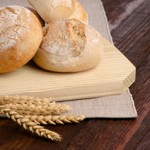 An article published online on February 19, 2014 in the Journal of Nutrition reveals the finding of French researchers of a reduction in the risk of prostate cancer over a 12.6 year median among men with a high intake of insoluble fiber.

The analysis included 3,313 men who enrolled in the Supplémentation en Vitamines et Minéraux Antioxydants (SU.VI.MAX) study in 1994. Dietary records completed on at last three occasions from 1994 to 2002 were analyzed for the quantity, source and type of fiber consumed. The subjects were followed until 2007, during which 139 men developed a first primary prostate cancer.

Among participants whose intake of fiber was among the top 25% of participants, there was a 25% lower risk of developing prostate cancer in comparison with those in the lowest 25%.  When fiber was analyzed by type, insoluble fiber, which occurs in cereals, vegetables, fruits and legumes along with soluble fiber, emerged as protective, and when analyzed by source, fiber from legumes was significantly protective.  The associations tended to be slightly stronger in men with alcohol intake greater than the median of the population.

“These results suggest a potentially protective involvement of dietary fiber intake in prostate carcinogenesis,” they conclude. “This must be confirmed by additional mechanistic and prospective epidemiologic studies, especially taking into account the grade of prostate cancers.”