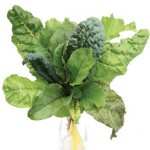 Folate is a member of the B complex family. It was first discovered in 1931.

The vitamin got its name from the Latin word folium, which means leaf. This is directly attributed to its abundance in leafy green vegetables.

Folate, also known as vitamin B9, is essential for the formation of red blood cells and DNA. It’s also crucial for normal fetal development.

Because the Western diet is high in processed foods, folate deficiencies are relatively common in the U.S. In 1960, it was discovered that folate is needed to prevent neural tube defects in unborn children and avert cleft palate.

Sufficient intake of folate may reduce the risk of pre-term delivery, low birth weight, fetal growth retardation, spontaneous abortion, and pre-eclampsia. For these reasons, it is essential that pregnant women consume adequate amounts.

Because of the low folate content of refined grains, the American government (and others) mandated the fortification of white flour with folic acid in 1998. This measure is believed to be responsible for the decline in neural tube defects observed since then.

Increased folate intake may protect against multiple diseases, including:

Elevated homocysteine plays a role in cardiovascular disease and other conditions associated with aging. Through a process called remethylation, homocysteine is converted to a harmless essential amino acid called methionine. This process requires the active form of folate (5-MTHF), which acts as a methyl donor, and vitamin B12.

Due to genetic mutations in the genes that encode the enzymes responsible for converting folic acid to 5-MTHF, not everyone can remethylate homocysteine to methionine. This has led to the concern that unmetabolized folic acid could remain high in their blood.

Fortunately, the potential problem is solved by supplementing with active folate (offered as L-methylfolate by Life Extension). L-methylfolate has been shown to be seven times more bioavailable than folic acid, and it also has the ability to cross the blood brain barrier where it enhances the synthesis of acetylcholine, a neurotransmitter needed for learning and memory.

Does Folic Acid Cause Cancer?

Shortly after it was mandated that grains be fortified with folic acid (a synthetic form of folate), cases of colorectal cancer increased temporarily. This raised the concern that folic acid might actually be the cause.

While later studies have contradicted this idea, some people prefer to limit their folate intake to what occurs in food or in methylfolate supplements, which do not increase blood levels of unmetabolized folic acid.