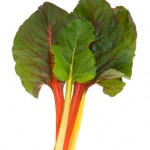 I frequently discuss the latest vitamin research with my patients to ensure that they are getting the maximum daily allowance.One of the big “superstar” vitamins that I tell them about is Vitamin D, specifically D3, a powerful, workhorse variant of D. Many patients were surprised to find that their lab tests showed a deficiency in Vitamin D.  Researchers found that D3 affects many things crucial to good health.

Vitamin D3 has become pretty much a household word now due to media coverage of the latest research findings.  I know my patients are healthier from increasing their intake of it.  Now, let me tell you about a similar vitamin that is ready to take off as the next powerhouse, master vitamin and the amazing things it can do for your health – Vitamin K2.

An Overlooked Vitamin Gets Recognition

Like Vitamin D3, Vitamin K2 is a specific type of long-known Vitamin K.  As with Vitamin D, Vitamin K has been around forever and is responsible mainly for maintaining the proper clotting of blood.  Researchers estimate that some 99% of Americans are deficient in Vitamin K as it is a fat soluble vitamin.  With all the low-fat diet recommendations since the 1980’s, chronic K deficiencies could be widespread in the population as an adequate amount of dietary fat is necessary for K absorption.

Researchers feel that people – especially women – with osteoporosis may actually have a vitamin K deficiency, which interferes with calcium absorption into bones.  In fact, Vitamin K and Vitamin D work in synergy with each other – they boost the bone building properties of each other.  If one of these is deficient, the other cannot work as well.  In addition, one of its major bioavailable food sources, Japanese natto – a fermented soy product – is not very palatable to most Americans.

In addition, recent Dutch studies have shown that men with the highest K2 consumption had 51% lower risk of heart attack mortality and a 26% decrease of mortality from all causes.  Their K2 sources primarily were animal sources – meat, eggs, and dairy – many of the things conventional nutritionists advise to limit in order to protect heart and vascular health!

Another study out of Perigord, France – the world’s largest producer of pate fois gras (goose liver) – inhabitants of Perigord were found to have the lowest rate of cardiac death in France.  This is significant because people in France eat high animal fat diets yet suffer less from cardiovascular disease.  Goose liver is a rich animal source of vitamin K2.

There are 3 types of Vitamin K – K1, K2, and K3.  Vitamin K1 is obtained from eating green, leafy vegetables and provides a large amount of dietary Vitamin K. Vitamin K3 is a synthetic form of Vitamin K, which should be avoided.

Vitamin K2, however, is the better form of the three forms of Vitamin K.  It is natural and non-toxic and the form which your body also makes.  It has some amazing, properties such as:

Unlike Vitamin D, there is not yet a blood test for deficiency of Vitamin K other than a blood clotting test known as a prothrombin rate or time.  However, this only measures a specific function of Vitamin K, its blood clotting ability.  Until there is an adequate test for deficiency in K2, you can still ensure that you have an adequate amount of this important vitamin.  Below are some good food sources that most people find enjoyable to eat:

Many health researchers feel that the American diet has “devolved” from the 1960’s on. Prior to that, we used to eat much more animal products, full fat dairy, real butter and had much less heart and bone disease.  Instead, we started substituting high grain, high sugar, “low fat” foods into our diets and that’s when illnesses like diabetes, heart disease and cancer started to skyrocket.  It may well be that we no longer had the protection of vitamin K2. Be sure that you get enough K2 in your foods and supplements to protect you against heart disease, build strong bones, keep your memory sharp, and keep you healthy and youthful for years to come.