When Good Cans Go Bad: Why They Explode 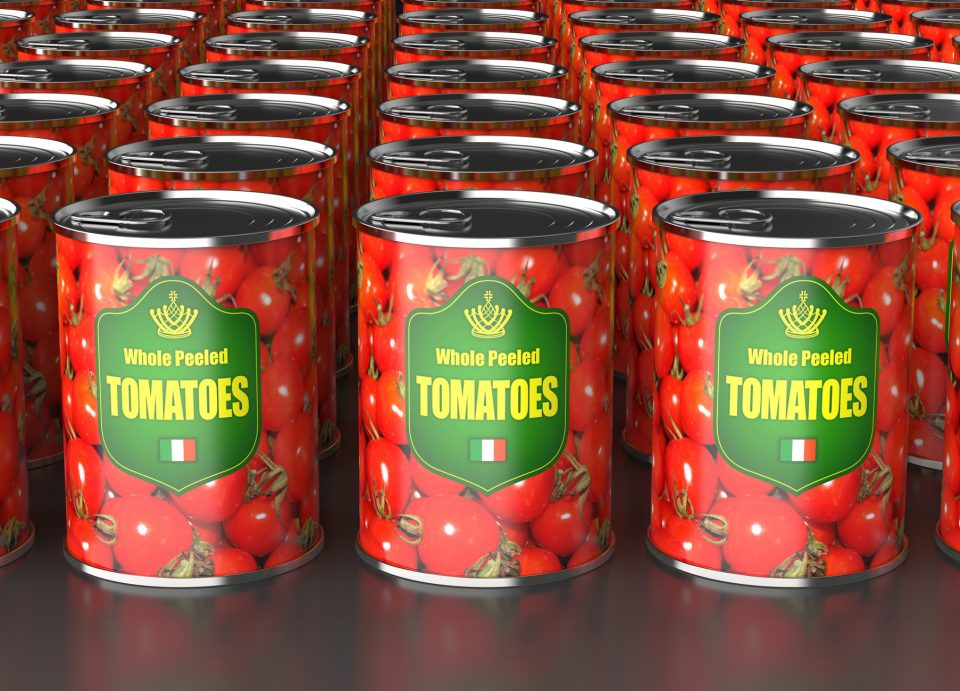 Exploding canned goods was the case in Australia. Cans of SPC Ardmona Whole Peeled Tomatoes were exploding when they were opened, causing their owners to be covered in juices and tomato bits. A packaging malfunction that resulted in increased air pressure was to blame for the explosions. As this was an obvious safety concern, the product was recalled and pulled from the shelves of stores and customers were encouraged to throw away affected product. Though some people surely took a different approach and made a game out of the exploding tomato cans to see who would end up needing a change of clothes. After all, the tomatoes themselves were just fine. It was just a matter of too much pressure during packaging.

It wasn’t too long ago that exploding canned goods happened in the United States.  But for a very different reason and with very different results than the exploding tomatoes of Australia. In 2007, canned products from Castleberry’s were recalled due to Clostridium botulinum. This bacterium produces a toxin, botulinum toxin, which is the most potent natural or synthetic toxin known to man.  It has a paralyzing effect on muscles and can be deadly.

At least four people were hospitalized after consuming canned foods from Castleberry’s that were contaminated with botulinum toxin in 2007. The affected cans became even more dangerous when they started exploding on the shelves of stores and home pantries across America.  The botulinum spores, which can be inhaled, can survive in tough conditions and can lead to the toxin-producing bacterium.  The government recommended double-bagging the swollen cans in garbage bags for added protection from any escaping spores before throwing the canned goods away.

These are additional reasons the cans may appear swollen.  The most common causes are spoilage and hydrogen.

While canned food is generally safe, exploding cans show that errors can sometimes occur. For example, with the Castleberry cans, records showed that the food may not have been cooked completely, leaving some bacteria alive and thriving in the cans. This remaining bacteria continued to grow, producing the toxin. Clostridium botulinum does well in environments that are low acid, low sugar, and low oxygen –  making canned foods a perfect environment, often meeting all of these conditions.

How to Avoid Canned Food Explosions

Proper control of canned goods is essential to preventing these types of situations. The Food Safety Modernization Act (FSMA), pieces of which go into effect in 2016, will help to reduce the chance of these kinds of instances in commercially processed items. FSMA requires manufacturers to have a written record of all the hazards (physical, chemical, and biological) that could potentially be in each one of their products and have verified methods to overcome that hazard, including checks by personnel to make sure the necessary temperatures and cook times are being met. Both packaging failures and unwanted bacteria are covered under this act and preventive measures will now need to be in place to help ensure the safety of food.

Thinking about canning homegrown foods this year? Bacteria and packaging issues are a concern with home canned foods also.  Make sure your food is cooked thoroughly, and use pressure canning when it is needed.

Whether you can the foods yourself or purchase canned goods from a store, there are some important safety tips to follow with your canned goods.

Although exploding cans themselves are rare, it’s always better to be safe than sorry. Keep an eye out for can foods with problems, and keep your family safe by avoiding such foods.

This article is posted by permission of ConsumerSafety.org, which is a resource for consumers. Consumer Safety.org strives to make information about recalls and safety-related news about drugs, medical devices, food, and consumer products accessible to everyone in a transparent, easily understandable way. Learn more about ConsumerSafety.org