Getting Enough Iron Is Important At Every Age 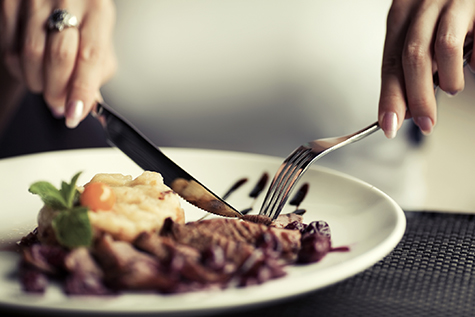 Getting proper nutrition can be difficult as a person ages, but losing some nutrients could have lasting effects.

Anemia is a common condition among older adults, but it is also frequently overlooked.

About one in five adults over the age of 65 may suffer from anemia. Anemia is characterized by low levels of red blood cells, which can cause a number of symptoms like weakness and fatigue. It can be caused by improper nutrition or some medical conditions. Untreated, low levels of iron could have long-lasting effects.

Here are four things to know about iron deficiency and how to treat it:

Declining physical abilities can be a frustrating part of getting older, but losing physical function could be due to iron deficiency. One study by Wake Forest University researchers showed that anemia could put older adults at a greater risk for loss of physical function. When a person is anemic, their blood cannot transport oxygen through the body as well as it should, which can cause weakness.

Anemia could be the culprit behind cold hands.

If a person is often cold when everybody else is comfortable, low iron stores could be to blame. Without enough iron, the body has a hard time making the right amount of hemoglobin, the part of the red blood cell that carries oxygen throughout the body. A common symptom of anemia is feeling cold. Treating the underlying anemia could solve the issue of frequently feeling cold.

Anemia may contribute to dementia.

New research indicates anemia may increase the likelihood of developing dementia later in life. In a recent study, people with anemia were found to have a 60-percent increased risk of developing dementia. As part of the study, 2,500 people without dementia were tested for anemia, memory and thinking skills, then retested 11 years later for dementia. Scientists theorize that the lack of oxygenated blood to the brain could cause diminished brain health.

Iron deficiency can be treated.

Iron deficiency is common among older adults and can cause serious problems, but it can also be treated.

“It’s been my experience that patients develop anemia not from poor nutrition but more commonly as a result of medical treatment for an unrelated disease such as cancer or kidney disease,” said Martin de Jesus at Heritage Park Nursing Center. “We routinely watch for symptoms such as dizziness, fatigue, shortness of breath, headaches or other symptoms that present themselves while in our care.”

A doctor can perform a simple blood test to determine if a person is iron deficient and what the root cause may be. An iron supplement may be prescribed to treat the deficiency, though it could take months to resolve the issue. Eating foods high in iron like meats, beans and greens can also help people get the iron they need.

Iron deficiency can have serious effects on the body, but it can be treated. If you believe you may have low iron, visit a doctor for a blood test and follow any recommended treatment plans. Even if your iron levels are not deficient, be sure to have a balanced diet with an adequate iron intake.