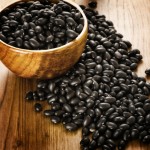 As we age, one of our priorities is maintaining optimal glucose levels to avoid heart disease, cancer, and diabetes.

Fortunately, many Life Extension® members use supplements, hormones, and drugs to improve their insulin sensitivity, which facilitates the more efficient removal of glucose from the blood.

Less well-known, however, is the fact that there are certain foods proven to decrease blood sugar levels! Specifically, barley and black beans have been extensively studied for their ability to maintain glycemic control.

In this article, you will learn how these two foods have been shown to lower  blood sugar and inhibit diabetes and other glycemic-stress-related problems such as cardiovascular disease and obesity.

Including these two glucose-lowering foods as part of your normal diet can help maintain better blood sugar levels.

Excessive dietary carbohydrates, such as white rice and potatoes, trigger surges in blood glucose, a key factor in the worldwide epidemic of type II diabetes.  Aging increases this effect—beginning as early as age

National Institutes of Health data indicate that 35% of Americans aged 20 or older have abnormally high blood glucose levels—known as prediabetes—as do 50% of those aged 65 years or older!

Fortunately, research has established that consumption of insoluble dietary fiber—which is found in certain whole grains, including barley—is associated with a reduced risk of type II diabetes.

Barley is also a rich source of soluble fiber.

In fact, one study conducted on overweight women found significantly lower insulin and glucose responses following barley ingestion, compared to ingestion of oats. The researchers concluded that particle size—flour versus flakes—made little difference. The reduced glucose effect was determined to be the result of the higher content of the soluble fiber in thebarley.

Another study found that, by suppressing free fatty acid levels in the blood, whole barley regulates blood sugar better than other grains—and for up to 10 hours after consumption!

Our bodies cannot digest the viscous soluble fiber in barley, which binds with water to slow food passage through the digestive system. This tempers the body’s glucose and insulin responses after a meal.

Substantial research has demonstrated that the soluble fiber in barley lowers postprandial glucose and insulin. This has been demonstrated not only in the more common single-meal test studies of limited duration, but also in a 12-week study that pinpointed the longer-term effects of barley consumption on non-diabetic individuals on a weight-neutral diet.

The team concluded that soluble barley fiber “may slow the deterioration of insulin sensitivity for individuals at increased risk for diabetes mellitus.”

Barley fiber increases the excretion of bile acids into the intestines. Since these acids are comprised of oxidized cholesterol, this lowers total serum cholesterol.29 Studies have confirmed that barley lowers cholesterol, low-density lipoprotein (LDL), and blood pressure.

Barley is a rich source of soluble and insoluble fiber—both of which benefit gastrointestinal health.

The soluble fiber in barley binds with water, adding bulk to stools and promoting regular bowel movements. Some of the insoluble fiber in barley is digested by colonic bacteria to produce short-chain fatty acids, which may promote bowel health and accelerate repair of colonic mucosa in those with ulcerative colitis.

Like other fiber-rich foods, barley is associated with weight control.

Some trials have suggested that greater dietary fiber consumption increases satiety and decreases caloric intake. A diet high in protein and fiber—both found in barley—has been shown to minimize overall daily calorie ingestion.

In 2012, this was confirmed in two separate, randomized trials in which beans were demonstrated to significantly lower glycemic response in type II diabetics.

Scientists believe that the compounds in beans may slow activity of the alpha-amylase enzymes that help break down starch into sugar. This would reduce or slow sugar release.

Also, beans have a low GI (glycemic index), which by definition means they produce a relatively low rise in blood glucose after a meal—compared to high-glycemic index items such as white rice, which sharply elevate postprandial glucose and increase oxidative stress.

The glucose-lowering effects of beans consumed alone has been well documented, although at least one study had measured this effect when beans were eaten as part of a meal.  However, a large study recently published in the British Journal of Nutrition found that beans significantly reduce glycemic response even when combined with other—even higher glycemic index—foods.

Also, a review and meta-analysis that examined 41 studies found that bean consumption—alone, or as part of a low-glycemic index or a high-fiber diet— improves markers of longer-term glycemic control in humans.

These findings clearly demonstrate that aging individuals—both those with, and those at risk for, type II diabetes—can restore glycemic control with simple diet changes that increase intake of black beans and barley.

A study was designed to evaluate the toxicogenic (toxin-producing) versus protective effect of cooked and dehydrated black beans on bone marrow and peripheral blood cells of mice.

Remarkably, these scientists found that black beans significantly reduced the frequency of genetic damage induced by chemical mutagens in these types of cells!

Although not originally part of the study, they also observed that black beans afforded leukocytes the same protection against induced DNA damage.

Research has shown that beans lower cholesterol. This effect is largely attributed to their high soluble-fiber content—a benefit also associated with other soluble-fiber-rich foods.

But beans deliver other cardiovascular effects that flow from their capacity to affect blood sugar.

In fact, research has now confirmed that low glycemic index foods such as beans are associated with a lower risk for cardiovascular disease, even after accounting for known risk factors such as smoking, diabetes, obesity, and family history of heart disease.

Beyond evidence of decreased calorie ingestion with increased fiber diets, observational and controlled studies indicate that consumption of beans improves short-term satiety and weight loss, when combined with energy restriction.

Evidence strongly indicates that barley and black beans provide superior food options to help reduce blood sugar levels and offer protection from oxidative stress and chronic diseases. They can be substituted for unhealthy foods that have become so prevalent in Western diets.