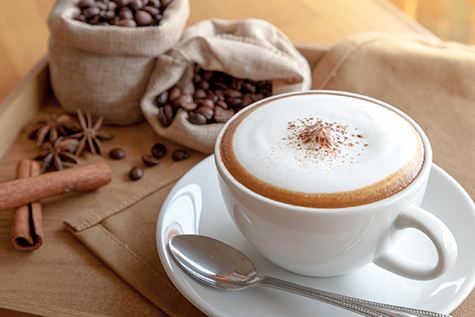 Could coffee help stave off multiple sclerosis? A new international study suggests it might.

“Caffeine intake has been associated with a reduced risk of Parkinson’s and Alzheimer’s diseases,” the study’s lead author Ellen

“Our study shows that coffee intake may also protect against MS, supporting the idea that the drug may have protective effects for the brain,” she said.

Findings of the U.S. and Swedish study were released ahead of the American Academy of Neurology annual meeting inWashington, D.C.

Researchers compared more than 1,000 MS patients to a similar number of healthy people, tracking how much coffee subjects drank in the one, five and 10 years before symptoms began for the MS patients.

“Compared to people who drank at least six cups of coffee per day during the year before symptoms appeared, those who did not drink coffee had about a one and a half times increased risk of developing MS,” according to the Swedish study, which accounted for other factors like age, sex, smoking, sun exposure and body mass index in their analysis.

U.S. researchers found that “people who didn’t drink coffee were also about one and a half times more likely to develop the disease than those who drank four or more cups of coffee per day in the year before symptoms started to develop,” according to the study.