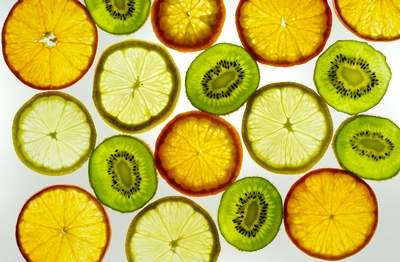 Why do Americans enjoy a lower quality of life and health than people in most other high-income nations? The answer may lie in the foods we eat.

In countries like the United Kingdom, average life expectancy is 81 years, and 97% of the people say they are satisfied with the quality of their water. Or in Australia — voted two years in a row by the Organization for Economic Cooperation and Development as “The Number #1 Happiest Country in the World” – life is better for its citizens.

One would think it would be a national priority to make sure that the United States does everything within its means to make its people happy. Clean air, clear water and policies that ensure that no suspicious chemical culprits are hiding in our food or consumer products. Is this just wishful thinking?

According to an analysis by scientists at Pew Charitable Trusts, published in August (2013) in Reproductive Toxicology, policymakers and regulators pay far too little attention to the alphabet soup of additives in American packaged foods. The Federal Drug Administration approved thousands of chemical additives before it defined safety or issued guidance establishing how a safety determination should be done. In one case in which FDA approved hundreds of chemicals, the agency used ‘unwritten assumptions’ and made safety decisions based on ‘wish lists’ submitted by the additive industry, according to industry lawyers.

Even when the additive industry has completed appropriate testing, additive usage in food doesn’t remain constant. Consumer purchasing patterns and product formulations change over time, so safety estimates done when an additive originally came on the market don’t necessarily reflect what consumers’ exposures will be this year and the next. But federal law doesn’t allow regulators or the public to find out how many pounds of additives chemical companies produce a year or whether an average person’s exposure levels are increasing or decreasing. Once an additive is declared safe, the FDA is not required to assess the chemical ever again.

A chemical additive is safe only if there is reasonable certainty in the minds of competent scientists that the substance is not harmful under the intended conditions of use. According to the Toxicology Report, “With almost two-thirds of chemical additives lacking feeding toxicology and 78.4% of additives directly added to food lacking data to estimate a safe level of exposure and 93% lacking reproductive or development toxicity testing, it is problematic to assert that we know with reasonable certainty that all chemical additives are safe. Although FDA is aware of the problem, it lacks the authority and resources to fill the information gaps. Furthermore, once a chemical is approved, manufacturers have no incentive to add additional toxicology information because FDA neither has a reassessment program in place nor has authority to require additional testing.”

Either the FDA doesn’t know how to remedy the situation or lacks the resources to do so. Either way, Americans have a right to know about the health implications when it comes to additives in their food. The U.S. needs a plan to fill in these knowledge gaps in a timely manner and to assess the safety of additives on a regular basis.

The European Food Safety Authority is reevaluating the safety of all chemical additives permitted in food sold in the European Union. Its expert panels are demanding that industry provide missing information.