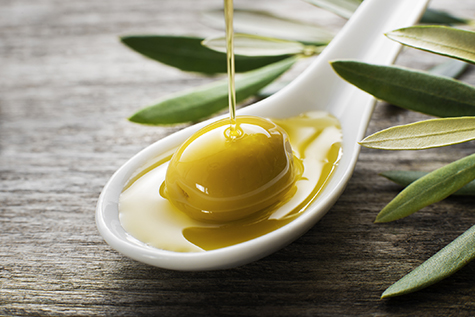 Findings from a study reported on June 21, 2017 in the  Annals of Clinical and Translational Neurology indicate a potential protective role for extra virgin olive oil consumption against the development of Alzheimer’s disease.  Olive oil is a prominent component of the Mediterranean diet and has been suggested by some researchers to be the reason behind the diet’s beneficial effects.

“The thinking is that extra virgin olive oil is better than fruits and vegetables alone, and as a monounsaturated vegetable fat it is healthier than saturated animal fats,” commented lead investigator Domenico Praticò, MD, who is a Professor in the Departments of Pharmacology and Microbiology and the Center for Translational Medicine at Temple University’s Lewis Katz School of Medicine.

For their research, the team used mice that were genetically modified to develop memory impairment, amyloid plaques and neurofibrillary tangles that characterize Alzheimer’s disease. Beginning at six months of age, the animals were given an extra virgin olive oil-enriched diet or regular chow.

At 9 months and 12 months of age, mice that received the olive oil-enhanced diet performed better on assessments of working memory, spatial memory, and learning than those that received regular chow. Brain tissue showed significant differences in nerve cell appearance and function between the two groups. “We found that olive oil reduces brain inflammation but most importantly activates a process known as autophagy,” Dr Praticò reported. (Autophagy is the breakdown and clearance by the cells of intracellular debris and toxins.) “Brain cells from mice fed diets enriched with extra virgin olive oil had higher levels of autophagy and reduced levels of amyloid plaques and phosphorylated tau.”

“One thing that stood out immediately was synaptic integrity,” he added.

“This is an exciting finding for us,” Dr Praticò continued. “Thanks to the autophagy activation, memory and synaptic integrity were preserved, and the pathological effects in animals otherwise destined to develop Alzheimer’s disease were significantly reduced. This is a very important discovery, since we suspect that a reduction in autophagy marks the beginning of Alzheimer’s disease.”