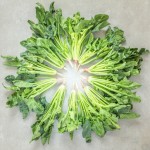 Research conducted in roundworms, described in the November 2014 issue of the journal Aging, indicates that iron, beyond accumulating with aging, could actually contribute to the condition.

Gordon Lithgow, PhD, of the Buck Institute and his associates studied the effects of iron in Caenorhabditis elegans, a nematode that has been the subject of numerous experiments in the field of gerontology. The research team discovered that the accumulation of calcium, copper, iron, and manganese increased with age, and that potassium and phosphorus levels tended to decline. Acting on the knowledge of iron’s role in neurodegenerative-associated protein aggregation, they investigated the effects of adding the mineral to the worms’ diets. They observed an increase in signs of aging, accompanied by a reduction in mean and maximum life span, in the iron-supplemented worms.

“We were drawn to iron because there is all this literature that links excess iron to Alzheimer’s and Parkinson’s,” explained Dr Lithgow. “We fed iron to four day-old worms, and within a couple of days they looked like 15 day-old worms. Excess iron accelerated the aging process.”

While iron is a known generator of oxidative stress, the damage observed in the experiment was not characteristic of the phenomenon. “Instead, what we saw looked much more like normal aging,” Dr Lithgow stated. “The iron was causing dysfunction and aggregation in proteins that have already been associated with the aging process. Now we’re wondering if excess iron also drives aging.”

“Maintaining the proper balance of metals is key to good health throughout the lifespan, and it’s pretty obvious that this delicate balance can go off-kilter with age,” he noted. “This is a phenomenon that has not been extensively studied by aging researchers and it’s an area that has potential for positive exploitation.”