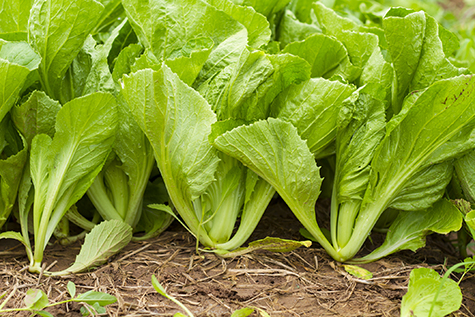 Collard and mustard greens join kale among the most pesticide-contaminated fresh produce on the Environmental Working Group’s 2021 Dirty Dozen™ list. For the first time, bell peppers and hot peppers have made the list. The Dirty Dozen and the Clean Fifteen™ together make up EWG’s annual Shopper’s Guide to Pesticides in Produce™, which analyzes Department of Agriculture test data to identify which fresh fruits and vegetables are most and least contaminated with pesticide residues.

“Whether organic or conventionally grown, fruits and vegetables are critical components of a healthy diet,” said EWG toxicologist Thomas Galligan, Ph.D. “We urge consumers who are concerned about their pesticide intake to consider, when possible, purchasing organically grown versions of the foods on EWG’s Dirty Dozen, or conventional produce from our Clean Fifteen.”

This year, the USDA’s tests found residues of potentially harmful chemical pesticides on nearly 70 percent of the non-organic fresh produce sold in the U.S. Before testing fruits and vegetables, the USDA washes, scrubs and peels them, as consumers would. 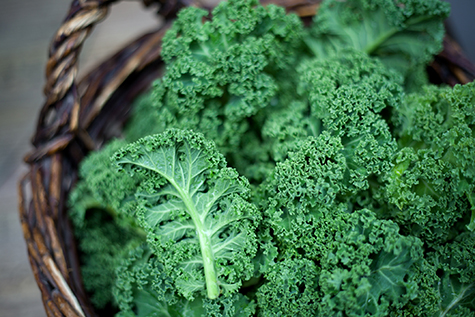 Until this year, kale was alone in the No. 3 spot on the Dirty Dozen. A total of 94 different pesticides were found on leafy greens, including neonicotinoids, or neonics. One sample of mustard greens had 20 different pesticides, and some kale and collard samples had as many as 17.

On all three types of greens, the pesticide most frequently detected by the USDA was DCPA, sold under the brand name Dacthal. The Environmental Protection Agency classifies DCPA as a possible human carcinogen, and the European Union banned it in 2009.

Neonics are the fastest-growing class of insecticides, despite a decade of research making it clear that they are highly toxic to honeybees and other pollinator species. Some studies on human health also suggest that exposure to neonics may be harmful to the developing fetus and to children. 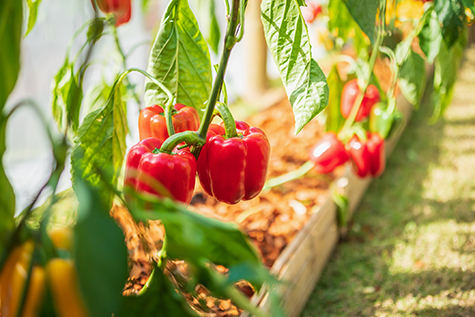 Bell peppers and hot peppers, tested for the first time since 2012 and 2011, respectively, are also included in this year’s list at No. 10. The USDA found 115 pesticides on peppers – the most, by far, on any item.

Bell peppers and hot peppers contain concerning levels of acephate and chlorpyrifos, respectively – organophosphate insecticides that can harm children’s developing brains and are banned from use on some crops in the U.S. and from all uses in the EU. In 2017, the EPA, under the Trump administration, rejected a proposed chlorpyrifos ban, allowing it to remain on the market and subsequently in foods. 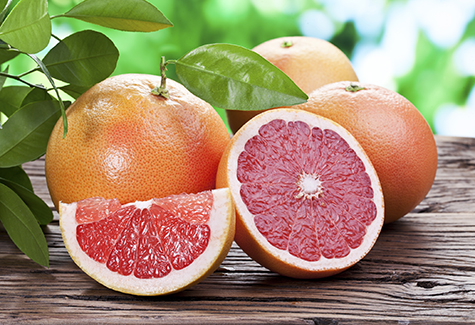 Although no citrus fruits landed on the Dirty Dozen, this year’s Shopper’s Guide highlights the concerning levels of toxic pesticides found on these fruits, not only in USDA tests but also in independent laboratory tests commissioned by EWG.

Imazalil, a fungicide linked to cancer and hormone disruption, was detected on over 95 percent of tangerines tested by the USDA in 2019. In independent tests commissioned by EWG, nearly 90 percent of all the oranges, mandarins, grapefruit and lemons sampled contained either imazalil or thiabendazole, another endocrine-disrupting fungicide. More than half the samples had both. Almost all of the tests were conducted on conventionally grown fruit.

“The average concentration of imazalil in the citrus EWG had tested was an astonishing 20 times more than the limit we recommend to protect children from cancer,” said EWG toxicologist Alexis Temkin, Ph.D. “Yet this amount is perfectly legal. The EPA has abdicated its responsibility to adequately safeguard children from exposure to this pesticide.”

Legal Does Not Mean Safe

The EPA’s safety levels, called tolerances, help agency regulators determine whether farmers are applying pesticides properly. If tolerance levels were set to protect all children eating produce, as EWG believes they should be, more fruits and vegetables would fail to meet them.

Pesticides are toxic by design. They are created expressly to kill living organisms – insects, plants and fungi that are considered pests. Many pesticides also pose health dangers to people, including hormone disruption, brain and nervous system toxicity, and cancer. These hazards have been confirmed by independent scientists and physicians, U.S. and international government agencies.

“EPA’s tolerances are often far higher than what many scientists believe is safe – particularly for pregnant women, babies and young children,” said EWG president Ken Cook. “EWG releases our Shopper’s Guide each year so consumers can make informed decisions that will let them reduce their family’s exposure to toxic pesticides while allowing them to eat plenty of healthy fruits and vegetables.” 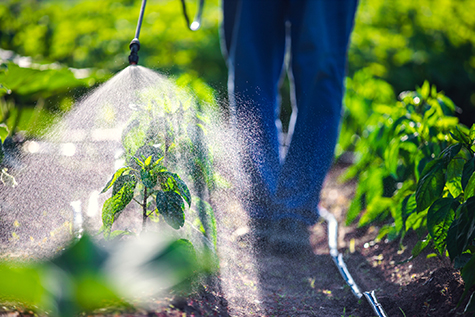 Organic standards prohibit the use of synthetic pesticides, among other things. Eating organic food reduces pesticide exposure and is linked to a variety of health benefits, according to an article published last year in the peer-reviewed journal Nutrients. In four separate clinical trials, people who switched from conventional to organic foods saw a rapid and dramatic reduction in their urinary pesticide concentrations, a marker of pesticide exposure. Additional studies have linked higher consumption of organic foods to lower urinary pesticide levels, improved fertility and birth outcomes, reduced incidence of non-Hodgkin’s lymphoma, and lower BMI and reduced risk of Type 2 diabetes.

Babies and children are particularly vulnerable to many of the health effects associated with many pesticides, as the American Academy of Pediatrics recognized in a 2012 report on organic food.

“An all-organic diet is simply not affordable or accessible for many Americans,” said Dr. Philip Landrigan, a world-renowned pediatrician and epidemiologist. “EWG’s Shopper’s Guide provides useful, straightforward guidelines for choosing both organic and conventional produce to provide children with the healthy fruits and vegetables they need, but not the pesticide load they don’t.”

Landrigan is director of the Global Public Health Program and Global Observatory on Pollution and Health at the Schiller Institute for Integrated Science and Society at Boston College, a member of the National Academy of Medicine and one of the principal authors of the 1993 National Academy of Sciences study “Pesticides in the Diets of Infants and Children.” The study led to the enactment of the 1996 Food Quality Protection Act, which emphasized the importance of children’s health in the setting of safety standards for pesticides on foods.

How To Use EWG’s Shopper’s Guide

The 2021 Shopper’s Guide to Pesticides in Produce ranks the pesticide contamination of 46 popular fruits and vegetables. It is based on results of USDA and Food and Drug Administration tests of more than 46,000 samples of produce.

Released every year since 2004, the Shopper’s Guide is designed to help consumers make the healthiest choices for their families, given budgetary and other constraints. EWG recommends that whenever possible, consumers purchase organic versions of produce on the Dirty Dozen list. When organic versions are unavailable or not affordable, EWG advises consumers to continue eating fresh produce, even if conventionally grown.

The USDA’s pesticide analyses are not comprehensive. The agency rotates which fruits and vegetables it tests each year, and it doesn’t test for all pesticides.

NOTE: There is no evidence that people can be exposed to Covid-19 through food. Even though the risks of Covid-19 are serious, consumers should continue to eat plenty of healthy fruits and vegetables, whether organic or conventionally grown.