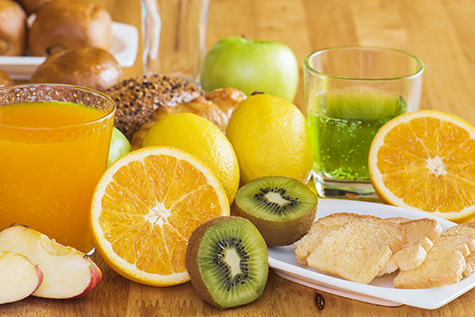 An article appearing on August 21, 2017 in Nature describes research conducted at the University of Texas Southwestern Medical Center Children’s Research Institute (CRI) that determined that hematopoietic (blood-forming) stem cells take up high levels of vitamin C which regulates their function and suppresses the development of leukemia.

Using mice that lacked an enzyme which enables most mammals to synthesize their own vitamin C, the researchers gave the animals diets that contained depleted levels of the vitamin. Rather than the anticipated loss of stem cell function, a gain in function occurred, accompanied by an increased risk of leukemia.

“Stem cells use ascorbate to regulate the abundance of certain chemical modifications on DNA, which are part of the epigenome,” explained lead author Michalis Agathocleous. “The epigenome is a set of mechanisms inside a cell that regulates which genes turn on and turn off.”

The authors determined that vitamin C regulates hematopoietic stem cell function partly through mechanisms involving the enzyme Tet2 which, when mutated is inactivated early in the development of leukemia. “One of the most common mutations in patients with clonal hematopoiesis is a loss of one copy of Tet2,” noted corresponding author Sean Morrison, who is the Director of the CRI. “Our results suggest patients with clonal hematopoiesis and a Tet2 mutation should be particularly careful to get 100 percent of their daily vitamin C requirement. Because these patients only have one good copy of Tet2 left, they need to maximize the residual Tet2 tumor-suppressor activity to protect themselves from cancer.”

“We have known for a while that people with lower levels of ascorbate (vitamin C) are at increased cancer risk, but we haven’t fully understood why,” he remarked. “Our research provides part of the explanation, at least for the blood-forming system.”