Beat Melanoma With This 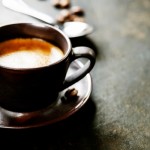 If you’re like me, you love your coffee.  It gets you going in the morning, picks you up from a late afternoon slump and gives you that all needed early evening boost at the gym later.  But, along with the rejuvenating effect of coffee, as a dermatologist, there’s an even more important reason I love coffee…

Your Daily Joe Could Help Prevent This Deadly Cancer

If you’re a coffee drinker, you probably don’t need another reason to keep drinking it.  But, in the last few years, health researchers have reported many good reasons to drink coffee.  They include:

And, if all those amazing reasons weren’t enough, I’m going to give you one more…

Researchers have recently decided that drinking coffee really does help prevent the most deadliest of cancers – melanoma.  A few years ago, researchers learned that caffeinated coffee dramatically lowered the risk for the most common skin cancer, basal cell carcinoma.  But, then, they weren’t quite sure if coffee also helped prevent melanoma. Now they know it does.

Researchers out of the National Cancer Institute/National Institute of Health found that even a modest 1-3 cups per day can lower your melanoma risk by 10%. And, if you drink 4 or more cups a day, your risk decreases over 20%.  These findings were in comparison to those who didn’t drink coffee at all.

It’s thought that the antioxidants, and other compounds, in coffee protect your DNA against UV ray damage.  In addition, caffeinated coffee also helps your liver clear environmental toxins from your system much faster.  UVA spectrum rays, and environmental pollutants, are common risk factors for melanomas.

Some people are at higher risk for skin cancers, both basal and melanoma.  These include:

Even though melanomas can be deadly cancers, they are survivable if detected early.  Early detection increases the survival rate over 90%.  But, too often melanomas are diagnosed in advanced stages, especially in older, single men.

Yet, with early detection, they can be surgically removed before their cells spread.  It’s the progressive spread of cancer cells into other organs that creates a higher death rate from melanoma.  Yearly skin examinations are crucial.  But, you don’t have to wait a year to see your dermatologist.  If you have a mole that changes colors or develops irregular edges, itches and/or bleeds, you will want to have that mole looked at quickly.

Along with seeing your dermatologist for regular skin checks, adding a few cups of coffee to your daily routine can help guard against developing a melanoma.