Diet Could Hold Back Aging 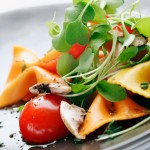 Scientists in the North East may be a step closer to finding a way to slow down the aging process.

Newcastle University has identified that damaged protein could be one of the key aspects to premature ageing.

A team of experts found that the condition of key proteins in the mitochondria – the “batteries” of cells – could be used to predict, and eventually treat, premature aging.

It was established that one way of slowing down the aging process was by restricting diet to reduce the number of calories consumed.

A study with mice identified that by using calorie restriction, a system where the cells are deprived of nutrients, rodents were able to live longer than normal.

Thomas Von Zglinicki, professor of cellular gerontology at the Institute for Aging and Health at Newcastle University, said it was an important breakthrough as the study suggested differences in lifespan.

He said: “Free radicals have long been linked with the ageing process. Mitochondria generate the energy required to keep our bodies going but they also generate free radicals. How exactly they are involved in ageing is still controversial. Our data shows that quite minor differences can explain large variations in healthy lifespan.

“Essentially, what we have found is that the aging process goes slower than normal in mice that managed to form mitochondrial protein complexes more efficiently, and that we actually could help them to do so.”

In a complex state, proteins work together more effectively, while on their own they generate toxic free radicals which, in turn, cause cells to age more rapidly.

If a similar mechanism is found in people it could lead to treatments, such as new drugs to improve protein assembly.

Further research showed that assembly of the protein complex was the key.

If individual components were more scarce, the protein complex was perfect, but became more sloppy if more material was around. This then led to less efficient energy production and more release of oxygen free radicals–toxic by-products of mitochondrial metabolism.