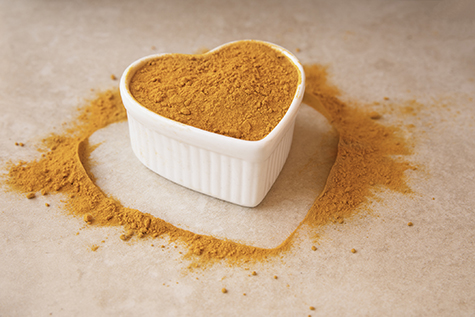 In an article published on November 21, 2018 in the Journal of Applied Physiology, University of Nebraska Medical Center researchers reported the outcome of a study which suggests that curcumin, a compound occurring in the spice turmeric, could help heart failure patients with exercise intolerance.

“Although curcumin has been evaluated in several clinical trials for multiple diseases, its therapeutic potential on skeletal muscle dysfunction in the heart failure with reduced ejection fraction state has not been tested in animal models or in patients,” they noted.

Using a mouse model of heart failure with reduced ejection fraction, the researchers gave one group of animals curcumin daily for 12 weeks while another group received no curcumin. Additional groups of healthy mice received the same regimens. Exercise capacity, muscle function and enzyme expression in muscle fiber samples were examined in all four groups before and after treatment.