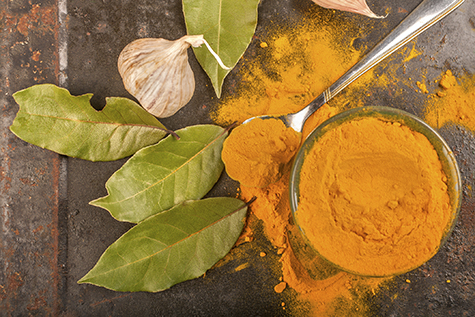 Research reported in Epigenomics reveals a potential role for curcumin and other natural compounds in the prevention or treatment of stomach cancer. “Here, we review the recent findings on histone acetylation in gastric cancer and discuss the effects of nutrients and bioactive compounds on histone acetylation and their potential role in the prevention and treatment of this type of cancer,” write Danielle Queiroz Calcagno of the Federal University of Pará and colleagues

Histones are proteins that exist in the cells’ nuclei which organize DNA into structural units known as nucleosomes. A nucleosome is made of DNA coiled around the histones, which compact the DNA. Research suggests that histone modification, such as acetylation, causes changes in gene expression that influence the development of some cancers. By comparing patterns of histone modification in stomach cells derived from healthy individuals and people with stomach cancer, it was found that stomach cancer patients had alterations in the expression of enzymes known as histone acetyltransferases and histone deacetylases, which can affect the structure and integrity of the genome in stomach cancer.

Compounds found to play a role in modulating histone activity included curcumin, cholecalciferol, resveratrol, quercetin, garcinol from Garcinia indica, and sodium butyrate. “These compounds can favor the activation or repression of genes involved in the development of stomach cancer by promoting or inhibiting histone acetylation,” Dr Calcagno explained.

“We undertook a vast review of the scientific literature on all nutrients and bioactive compounds with the potential to prevent or treat stomach cancer and found that curcumin is one of them,” she concluded. “We now plan to clarify the anticancer and epigenetic effects of bioactive compounds derived from plants in the Amazon, such as açaí and nanche or hogberry, with a view to their future use in the prevention and treatment of stomach cancer.”