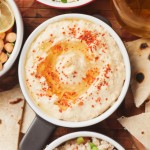 The randomized clinical trial included 447 cognitively healthy volunteers (223 were women; average age was nearly 67 years) who were at high cardiovascular risk and were enrolled in the Prevencion con Dieta Mediterranea nutrition intervention.

The authors measured cognitive change over time with a battery of neuropsychological tests and they constructed three cognitive composites for memory, frontal (attention and executive function) and global cognition. After a median of four years of the intervention, follow-up tests were available on 334 participants.

The results suggested that in an older population a Mediterranean diet supplemented with olive oil or nuts may counter-act age-related cognitive decline. The lack of effective treatments for cognitive decline and dementia points to the need of preventive strategies to delay the onset and/or minimize the effects of these devastating conditions. “The present results with the Mediterranean diet are encouraging but further investigation is warranted.”

The study is published online by JAMA Internal Medicine. (ANI)