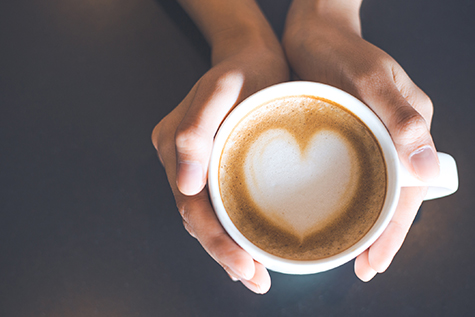 Contrary to common belief, coffee does not increase abnormal heart rhythms known as arrhythmias but, rather, helps prevent them, according to a review published in the April 2018 issue of the Journal of the American College of Cardiology: Clinical Electrophysiology.

“There is a public perception, often based on anecdotal experience, that caffeine is a common acute trigger for heart rhythm problems,” stated lead author Peter Kistler, MBBS, PhD, of Alfred Hospital and Baker Heart and Diabetes Institute in Australia. “Our extensive review of the medical literature suggests this is not the case.”

“Caffeinated beverages such as coffee and tea may have long term antiarrhythmic properties mediated by antioxidant effects and antagonism of adenosine,” Dr Kistler noted. “In numerous population-based studies, patients who regularly consume coffee and tea at moderate levels have a lower lifetime risk of developing heart rhythm problems and possibly improved survival.”