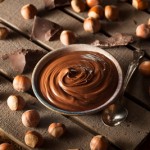 Women who munch a bar of chocolate every week could cut stroke risk by 20 percent.

The finding is based on a study of more than 33,000 Swedish women who ate the most chocolate but had the lowest chance of stroke.

People who ate 66 grams per week, about a bar and a half, were 20 percent less likely to suffer a stroke, while those who consumed eight grams a week or less were at the highest risk, reports the Journal of the American College of Cardiology.

The findings bolster previous studies that highlight the benefits of eating chocolate and cocoa, according to the Telegraph.

Earlier this year, Cambridge University experts found that regular doses of chocolate could reduce the risk of heart disease by a third, while a separate study suggested it could be as good as exercise for health.

Scientists from the Karolinska Institute in Stockholm questioned 33,372 women about their eating habits in 1997; over the next decade, about 1,600 suffered strokes.

Susanna Larsson, one of three researchers, said: “We followed 33,000 women over the course of 10 years, and we found that those who ate most chocolate had a much lower risk 20 percent lower of suffering a stroke.”

Chocolate was expected to help protect against stroke because it lowers blood pressure, thereby reducing a key risk factor, she added.

The women who took part were not asked whether the chocolate they ate was dark or light, a distinction which would have helped establish a firmer connection between cocoa the protective agent in chocolate and stroke risk.

The researchers will now carry out a similar study in men, and expect to find similar results.