Can You Really Extend Your Life? 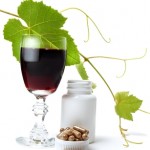 While the Bible records a human life span of up to 969 years, the prospect of surviving for nearly a millennium (or more) is the stuff of science fiction in our times.

A number of people claim to be older, but the oldest person on record is Jeanne Calment of France, who lived for 122 years.

She established for humans what is known, in the field of gerontology, as maximum life span. That is, the maximum number of years a person could potentially live.

This is not to be confused with life expectancy, which is the number of years one can expect to survive in a given area of the world during a given period of time.

How Long Can People Expect to Live in the US?

Life expectancy also varies according to gender and race, with women and Asian Americans coming out ahead of men and non-Asians in the U.S.

Although life expectancy has increased in the United States with each passing year, maximum life span is believed by some researchers to be a fixed limit. This means that while more people may live increasingly longer lives, none will exceed 122 years of age.

How Long Can Animals Live?

While mainly invisible to the public eye, gerontology research is “alive” with longevity discoveries that appear on a regular basis in scientific journals. Genetic engineering, dietary modifications that include nutritional supplementation or calorie restriction, pharmaceuticals, and other therapies have resulted in a significant extension of life.

Numerous studies have documented an increase in average life span in animal models ranging from fruit flies to primates. Due to the nature of this research, which usually involves observing an animal such as a roundworm or mouse throughout its life, studies such as these would be impractical to conduct on humans.

Nevertheless, the findings of experimental studies are the basis for a number of therapies that the more adventurous among us are more than willing to try. What is even more exciting are the studies that have resulted in an extension of maximum life span.

The significance of these findings is that the maximum life span of humans and other species may not be “set in stone,” and that there may soon be a way to exceed it.

Calorie Restriction is Linked to Longevity

Calorie restriction has been tested in a variety of species over the past several decades and has been demonstrated to extend both average and maximum life span. Yet the technique is difficult for most people to implement.

While thousands of men and women have availed themselves of these compounds it is, of course, too soon to tell whether they will extend maximum lifespan.

The only other means shown to increase the maximum life span of a species is genetic engineering, which may one day be employed to lengthen human life.

Gerontologists recommend doing whatever it takes to prolong our lives and to avail ourselves of other life-extending therapies.

What are your thoughts?