Can a Mushroom a Day Keep the Doctor Away? 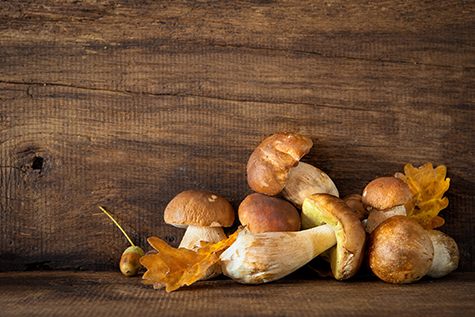 Another day, another superfood elevated to the canon and, for once, it is something most of us already eat on a regular basis – the humble mushroom. According to research by a team at Penn State University, mushrooms contain unusually high levels of two important antioxidants, ergothioneine and glutathione, that scientists think may help to protect the body against the maladies of old age, such as cancer, coronary heart disease and Alzheimer’s disease.

Robert Beelman, professor emeritus of food science and director of the Penn State Center for Plant and Mushroom Products for Health, explains that “without a doubt, mushrooms are the highest dietary source of these two antioxidants taken together, and some types are really packed with both of them”.

Unfortunately, these are not the varieties we eat most of in this country: although the neat white button mushrooms in a chicken stew, or the meaty field mushroom on your Sunday fry-up are both good sources of antioxidants, they don’t even come close to the amounts found in wild ceps ( Boletus edulis, AKA penny buns or porcini). Researchers suggest this may be why countries such as Italy and France, which include more ergothioneine in their diets, have lower rates of neurodegenerative diseases than the United States.

Unlike many so-called superfoods, ceps are easy to love. Although you won’t find them fresh outside the brief autumnal season when their chestnut caps are a relatively common sight in British woodland, dried ceps are widely available and, as ergothioneine and glutathione are fairly heat stable, these are by no means inferior. Soak them in warm water for 10 minutes before use – and don’t discard the liquid: it makes wonderful stock.

The rich, deeply savoury flavour of the cep makes them the classic choice for a risotto, but they will also add a punch of umami to any slow-cooked meat or vegetable dish. Nigel Slater has a lovely recipe for a simple mushroom broth and Delia Smith does some rather fancy porcini baked eggs, but for me, you cannot beat the simple joy of buttery ceps on hot toast. Magic mushrooms, indeed.