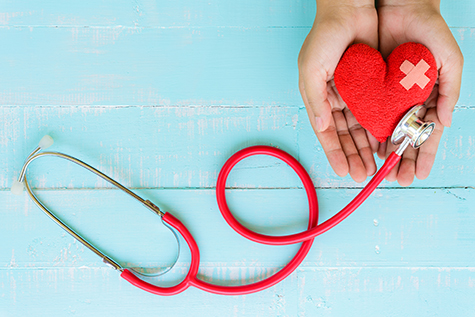 Despite being largely preventable, heart attacks, strokes, heart failure and other relate conditions caused 2.2 million hospitalizations in 2016, resulting in $32.7 billion in costs and 415,000 deaths, according to the Center for Disease Control (CDC).

Many of these events were in adults ages 35-64, with over 775,000 hospitalizations and 75,000 deaths occurring within this group in 2016. If every state reduced these life-changing events by six percent every year, one million cardiac events could be prevented by 2022.

But how can we do that?

“Heart disease and stroke deaths are hitting middle-aged adults in record numbers,” says Joel Kahn, MD, who is a Clinical Professor of Medicine at Wayne State University and the Director of the Kahn Center for Cardiac Longevity. Cardiovascular disease and fasting were the themes of his lecture presented at the 26th Annual World Congress held in Las Vegas by the American Academy of Anti-Aging Medicine in December, 2018.

Dr. Kahn noted that 1,000 people a day died in 2016 of heart attacks and strokes. The staggering number of cardiovascular deaths and hospitalizations arise from opportunities missed every day in finding and treating the common, controllable causes of cardiovascular diseases. The CDC reports that:

But Dr. Kahn also made a compelling case for the benefits of fasting and heart disease prevention. Can fasting, by reducing aging pathways, promote resilience and protection from aging and cardiac disease to reduce deaths? Kahn believe it can.

What you eat is important, too. Dr. Kahn says a higher protein diet may not be the best diet for a living longer. He recommends eating plant-based foods because plants are a built-in calorie restrictive diet. 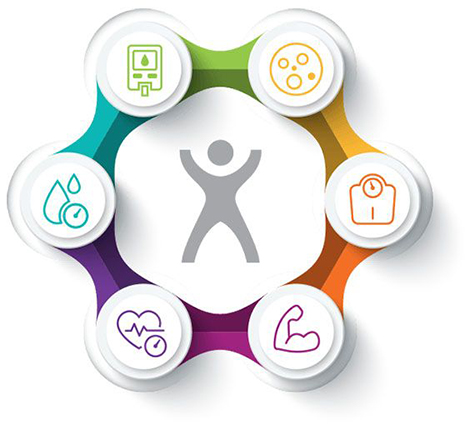 Over one billion Muslims worldwide fast during the month of Ramadan. Ramadan fasting brings about some changes in the daily lives of practicing Muslims, especially in their diet and sleep patterns, which are associated with the risk of cardiovascular diseases.

Research has suggested that different versions of fasting diets, such as reducing caloric intake on certain days or at certain times, not only can help with weight loss, but also can extend longevity in animals and improve health in humans.

However, when people were put on the Fasting Mimicking Diet developed by Dr. Valter Longo, Professor of Gerontology and Biological Sciences, and Director of the Longevity Institute at the University of Southern California, the results were measurably improved.

There were significant maintained changes to health factors months after completion* including:

These factors were maintained, but not significant:

Why is the Fasting Mimicking Diet ideal for a number of CV conditions and Metabolic Health?

It impacts a number of important markers of metabolic health, including: 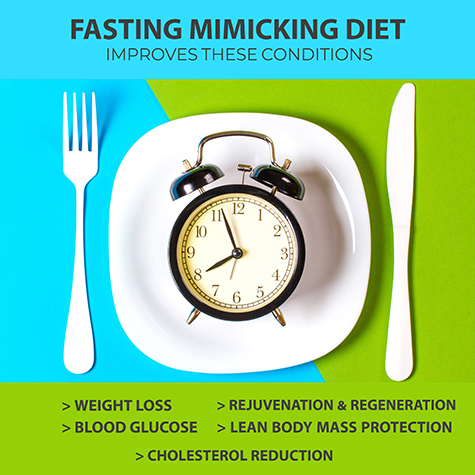 Over 34% of U.S. adults could be classified as having a metabolic condition and frequency increases with age. By targeting the aging process itself with fasting mimicking diets can potentially reduce the risk for age-related cardiac diseases.

Dr. Kahn recommends that we eat a plant-based diet in fewer hours a day (6 to 8 hours, if possible) and allow your body 12 to 16 hours to reset and cells to regenerate. He also says to “eat less, live more!”

If you would like to learn more about Fasting and its health benefits, see more of our coverage of the American Academy of Anti-Aging Medicine (A4M) Annual World Congress in Las Vegas in December, 2018.

LOS ANGELES — For several years, the FoodTrients team has attended the American Academy of Anti-Aging Medicine (A4M) Annual World Congress in Las Vegas. And every year we find ourselves even more excited about the scientific and medical evidence presented there around food, fasting, … Continue reading →

Why Fasting Might Be the Best Medicine for Longevity

LOS ANGELES — Why should you fast to optimize your body? Fasting began with the evolution of early man when our bodies had to adapt to food scarcity at times. It has a powerful and positive impact on … Continue reading →

LOS ANGELES –The term “Fasting-Mimicking Diet” is being seen more often these days. Science Daily published a story on the results of a clinical trial here. The Wall Street Journal wrote about the diet in April … Continue reading →