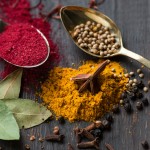 Within the last couple of decades, significant strides have not been made in the field of pancreatic cancer.

To date, the best treatment option (if diagnosed early) is a surgery called the Whipple Procedure which was developed in the 1930s.

With few treatments on the horizon, it makes sense to seek alternatives. One nutrient which seems promising is curcumin. In an animal study, it significantly decreased the size of pancreatic tumors.

Curcumin Reduced the Size of Tumors by 42%

Curcumin is extracted from an Indian spice called turmeric. It is one of the most important anti-cancer nutrients studied today. Over 2,000 published studies show it combats different cancers including that of the breast, prostate, liver, colon, and lung.

In this particular study, mice were injected with pancreatic cancer cells. They were given liposomal curcumin three times a week for four weeks.

The results showed curcumin inhibited the growth of tumors by 42%. Microscopic testing revealed a reduction in angiogenesis, the process of new blood vessel growth. Tumors need an ongoing blood supply to develop.

The Symptoms of Pancreatic Cancer

Pancreatic cancer needs to be detected early in order to improve the chances of survival, but symptoms are often vague and unnoticeable in the beginning stages.

Abdominal pain, nausea, vomiting, poor appetite, weight loss, and yellowing of the skin and eyes may be early symptoms.

Diabetes, smoking, obesity, a history of pancreatitis, and eating a diet high in red and processed red meats have all been associated with pancreatic cancer.

A family history also raises the risk. Having a sister, brother, mother, father, or child with the disease doubles or triples one’s risk. Relative to other ethnic groups, African-Americans and Ashkenazi Jews are more likely to develop the disease.

Compared to other forms of cancer, pancreatic cancer does not get much publicity or scientific funding. This is concerning, especially considering the nature of the disease. Though the cancer is rare, the incidence is rising. Currently, it is the fourth leading cause of cancer deaths in the U.S.

With relatively few warning symptoms, the cancer often goes undiagnosed until it has advanced significantly. Getting the word out will not only raise awareness, but it will help people who are currently battling the condition.