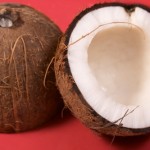 Known for their sweet white meat, coconuts are more than just tasty treats. In fact, research shows they may even combat tooth decay. Who knew?

Tooth decay is the breakdown of tooth enamel, which is the hard white substance that protects your teeth. It’s a major health problem in the industrialized world, affecting 90% of Americans over the age of 20.

Poor oral health is not to be taken lightly. It’s been linked to heart disease, diabetes, and even stroke. So it’s important that you take good care of your teeth, if you want to remain healthy.

Below, we’ll take a look at the potential that coconut oil may hold for keeping tooth decay at bay. This is pretty interesting, if we do say so ourselves.

One of the problems facing scientists today is antibiotic resistant bacteria. Antibiotics, which used to be very effective, are losing their power against common strains of bacteria. Consequently, many researchers are testing natural ingredients as potential sources.

In one such attempt to look for alternate sources, Irish scientists tested coconut oil. They tested various species of Streptococcus bacteria against altered (modified with enzymes) and natural coconut oil.

They found that enzyme-treated coconut oil inhibited the growth of most Streptococcus bacteria. One in particular was Streptococcus mutans, an acid-producing bacterium that causes tooth decay and cavities. Most of us carry these pesky bacteria in our mouth.

These findings are not all that surprising, in light of previous research. In one particular study, scientists discovered that green coconut water has anti-microbial peptides, which can kill a variety of bacteria.

Also, coconut extracts have been shown to kill one strain of the herpes virus.

And not to mention, coconut oil also has anti-fungal effects. One of its victims is Candida albicans, a yeast that causes oral thrush and yeast infections.

Now we think this is pretty impressive, considering that man-made antibiotics are very limited and not effective against viruses or fungi. Don’t you think?

Coconut Oil Toothpaste — Coming to a Store Near You?

So, what are the implications of the Irish study? Pretty straightforward: Coconut oil could someday be incorporated into dental products like toothpaste and mouthwash.

Not bad, considering some of the ingredients found in many of today’s oral health products are highly questionable at best. For example, the high alcohol content of mouthwashes has been implicated in cancer development.

Also, it might not be a bad idea to incorporate coconut oil into sugary treats. After all, they are a major cause of tooth decay and cavities. Their high sugar content fuels the growth of cavity-causing bacteria in your mouth, which can literally carve a hole in your tooth (hence the term cavity).

So, adding coconut oil to the mix could potentially make things a little more bearable for your teeth. This hasn’t been tested of course, but it does make for good food for thought. 😉

What do you think of these findings? Do you use any natural ingredients to help keep your teeth healthy? Please let us know in the comments!