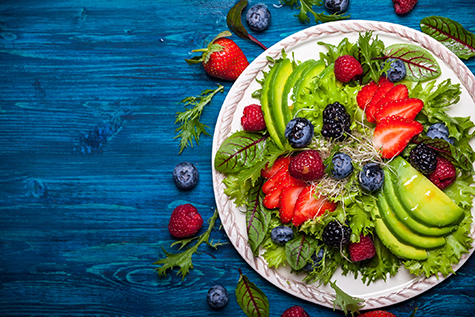 The August 10, 2017 issue of Cell reported an ability for calorie restriction to prevent the impact of aging on circadian rhythms. “The process of aging and circadian rhythms are intimately intertwined, but how peripheral clocks involved in metabolic homeostasis contribute to aging remains unknown,” the authors write in their introductory remarks.

For the current investigation, researchers at the University of California, Irvine fed calorie restricted or unrestricted diets to young and old mice. At 6 and 18 months, liver tissue samples were analyzed.

Although calorie restriction did not affect the 24-hour cycle of the older group’s circadian-controlled metabolic system, older cells showed signs of inefficient energy processing. “This mechanism works great in a young animal, but it basically shuts off in an old mouse,” explained lead researcher Paolo Sassone-Corsi.

In older animals given calorie restricted diets, cellular energy processing was improved. “In fact, caloric restriction works by rejuvenating the biological clock in a most powerful way,” Dr Sassone-Corsi observed.

A companion study reported in the same issue of Cell evaluated circadian rhythms in skin stem cells from the young and old mice. The researchers also found a benefit for a calorie restricted diet. “The low-calorie diet greatly contributes to preventing the effects of physiological aging,” commented coauthor Salvador Aznar Benitah. “Keeping the rhythm of stem cells ‘young’ is important because in the end these cells serve to renew and preserve very pronounced day-night cycles in tissue. Eating less appears to prevent tissue aging and, therefore, prevent stem cells from reprogramming their circadian activities.”

“These studies also present something like a molecular holy grail, revealing the cellular pathway through which aging is controlled,” Dr Sassone-Corsi stated. “The findings provide a clear introduction on how to go about controlling these elements of aging in a pharmacological perspective.”