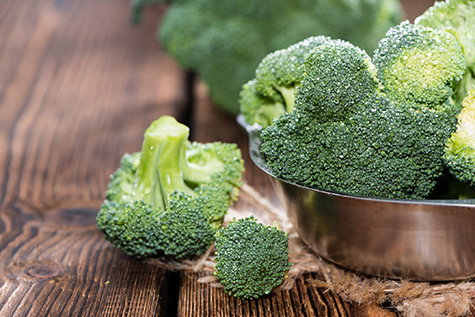 The June 14, 2017 issue of Science Translational Medicine published the finding of an ability for sulforaphane, a compound that occurs in broccoli and other vegetables, to lower the liver’s production of glucose.

By comparing gene signatures for diabetes with the potential ability of 3,852 compounds to affect these genes, Anders Rosengren and colleagues identified sulforaphane as having the highest overlap. “A large number of genetic variants and tissue gene expression profiles (“disease signatures”) have been associated with complex polygenic diseases over the last decade,” the authors explain. “One potentially interesting approach is to use genetic and gene expression data to interrogate libraries of drug signatures. A drug signature denotes differentially expressed genes between untreated and treated samples and takes into account that most compounds have multiple gene effects on expression beyond the primary target.”

In rat liver cells, the administration of sulforaphane was associated with a decrease of glucose production. In rodents with dietary-induced diabetes, sulforaphane decreased excess glucose production and glucose intolerance to a degree comparable to that of metformin. “We tested removing sulforaphane from the extract and the effect disappeared,” Dr Rosengren reported. “We also looked at the genes from the liver of the animals and saw that the 50 key genes had been changed in the right direction.”

When tested in a trial of diabetics, broccoli sprout extract significantly improved fasting glucose levels in obese participants who entered the study with dysregulated disease compared to controls.

“There are strong indications that this can become a valuable supplement to existing medication,” Dr Rosengren predicted. “Sulforaphane targets a central mechanism in type 2 diabetes and has a mild side-effect profile. As functional food, it can reach the patients faster than a medication, and it is also an interesting concept from a diabetes perspective where diet is central.”