A Brief History of The Gluten-Free Diet 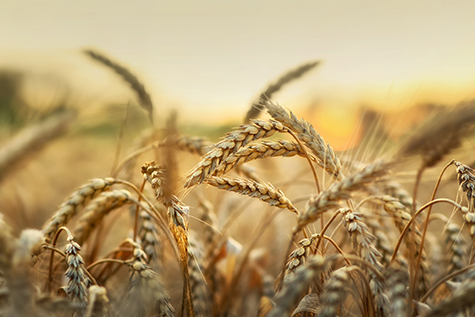 Millions and millions of people around the world have completely eliminated gluten from their diets. As awareness of celiac disease and gluten-sensitivity grows and diagnostic capabilities improve, these numbers show no signs of shrinking.

Is this all a relatively recent phenomenon? How long have we known about celiac disease and how did we discover it? Time for a brief history lesson.

In 250 A.D., Aretaeus Cappadocia included detailed descriptions of an unnamed disease in his writings. When describing his patients, he referred to them as “koiliakos,” which was derived from “koelia,” Greek for “abdomen.”

Francis Adams translated these observations from Greek to English for the Sydenham Society of England in 1856, using the moniker “celiacs” or “coeliacs.” In 1888 Samuel Gee published a monograph on celiac disease claiming that “to regulate the food is the main part of the treatment. If the patient can be cured at all, it must be by means of diet.” Various diets began gaining popularity to treat celiac disease, including all carbohydrate and low carbohydrate.

THE 1940S: THE GLUTEN-FREE DIET IS DISCOVERED

World War II caused devastation and havoc all over Europe, and many children became malnourished, with limited access to fruits, vegetables, and wheat. While this resulted in weakened health for most, those with celiac disease improved from this diet.

Dutch paediatrician Dr. Willem-Karel Dicke noticed that fewer children with celiac disease were suffering symptoms during wartime than before the war, when the disease had a mortality rate of about 30%. When the war was over, the mortality went back up to the pre-war era.

Researchers were now able to more easily narrow their focus concerning what food was creating celiac disease symptoms, as one of the main commodities missing during the war was wheat.

In 1941, Dicke published a paper about his clinical observations and the effects that a wheat-free diet had on his patients. Subsequently, the medical community began linking gluten to celiac disease symptoms. Around the same time, progress was made on developing a biopsy procedure to positively diagnose celiac disease.

Scientists originally viewed celiac disease as a food allergy, but all of that was about to change.

THE 1970S: THE GENETIC COMPONENT 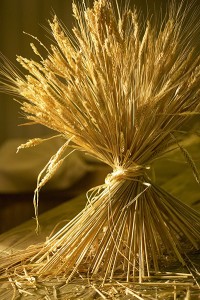 By the late 1970s, many studies had been published on the pathogenesis of the disease, linking celiac disease with other immunological disorders. These studies would lead to the discovery of the celiac gene.

It originally shocked researchers to find that the gene HLA-DQ2 was associated with celiac disease, as they already knew it to be linked to type 1 diabetes. Scientists subsequently came to the realization that celiac disease is an autoimmune disorder, and that the immune system is triggered to attack its own intestines when gluten enters the body.

While it was generally understood that only people with celiac disease could have such adverse reactions to gluten, the idea that gluten may negatively impact the health of people without celiac began to slowly emerge.

A description of non-celiac gluten-sensitivity was first published in a 1980 paper in the journal Gastroenterology. The paper described patients who had symptoms similar to celiac disease that went away while they adhered to a gluten-free diet. They had no evidence of celiac disease based on biopsies. While to this day more research in this field is sorely needed, non-celiac gluten-sensitivity is recognized as a condition that has the same symptoms as celiac disease but without the immune system damaging the intestines.

Alessio Fasano, director of the Center for Celiac Research and Treatment at Massachusetts General Hospital, moved to the United States in 1993 after working with celiac patients in Europe. He was surprised when doctors and health care professionals let him know that he wouldn’t see much celiac in the United States, because the disease was almost nonexistent.

He began researching why celiac disease was so uncommon in the U.S., and discovered exactly the opposite. Fasano’s data would lead to a landmark paper that would change the scientific community’s view of gluten in America.

Fasano’s study found that celiac disease was present in around 1% of the population of the United States, or 10 times higher than what people thought it was. His study, published in 2003 in the journal JAMA Internal Medicine, was critical and groundbreaking, paving the way for many significant celiac and gluten related studies.

Some studies shed light on whether there may be a relationship between gluten and schizophrenia, others on the connection between gluten and autism. Additionally, more evidence was coming out that a gluten-free diet could potentially benefit people suffering from other chronic inflammatory conditions, like diabetes or multiple sclerosis. As evidence mounted attesting to the multiple potential benefits of a gluten-free diet, more and more people began to think that it may just be the diet that could cure all ailments. Others became skeptical.

By 2013, the gluten-free food and beverage industry grew to $10.5 billion. That same year, the FDA issued rules for labeling gluten-free food items.  Grocery stores began to dedicate gluten-free sections in their stores, restaurants began labeling menus, and life for people with celiac disease and gluten-sensitivity started to get somewhat easier.

As research on celiac disease and gluten-sensitivity continued, more evidence was uncovered that there are lots of people without celiac who may benefit from a gluten-free diet.

2017: LOOKING TOWARDS THE FUTURE

Researchers are just beginning to fully understand the details about who exactly can benefit from a gluten-free diet and why, making non-celiac gluten-sensitivity much easier to treat.

Will future treatments for celiac disease render the gluten-free diet unnecessary? Will the future bring a simple pill that will let us enjoy pizza and beer with reckless abandon?

Only time will tell what the future holds regarding the status of celiac disease and gluten sensitivity. Rest assured that as the developments come, we will let you know all about them.