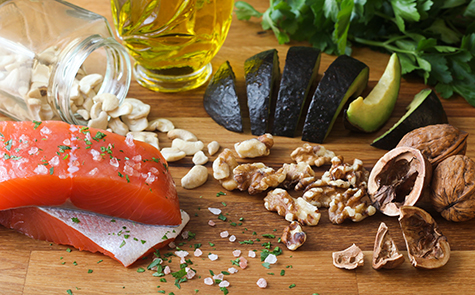 The March 2019 issue of NeuroImage published findings from researchers at the University of Illinois of an association between higher plasma levels of specific nutrients and improved brain connectivity and cognitive performance in older individuals.

The study included 116 participants aged 65 and 75 years. Plasma samples collected from the subjects were analyzed for 32 nutrients that are present in significant amounts in a Mediterranean diet. Subjects underwent tests of general intelligence, executive function and memory. Functional magnetic resonance imaging (MRI) of the brain assessed brain network efficiency within seven connectivity networks.

“The basic question we were asking was whether diet and nutrition are associated with healthy brain aging,” stated senior author Aron K. Barbey, of the Beckman Institute for Advanced Science and Technology. “And instead of inferring brain health from a cognitive test, we directly examined the brain using high-resolution brain imaging.”

“Our study suggests that diet and nutrition moderate the association between network efficiency and cognitive performance,” Dr. Barbey concluded. “This means that the strength of the association between functional brain network efficiency and cognitive performance is associated with the level of the nutrients.”