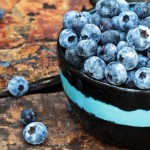 You can count on this newsletter to keep you informed about research findings of natural products that your doctor may not know about, or has deemed useless, choosing to uphold the status quo of the prescription drug dominated “medical establishment”.  So, here I’d like to tell you about the useful health benefits of a common fruit in fighting diabetes as well as halting the progression of metabolic syndrome – a close relative.

The Common Blueberry Can Help Diabetes

Research findings about the ability of the polyphenol compounds in blueberries (and certain other fruits) to fight diabetes, and other degenerative diseases, have been circulating on the Internet for nearly a decade now.  Yet, knowledge about blueberry polyphenols helping diabetes was made known to the American Medical Establishment, through the esteemed Journal of the American Medical Association (JAMA) 87 years ago!  Not only was it made known, but at the time, the researchers felt that the compounds in blueberries may be the closest thing to a cure for diabetes that there is! Cure! That’s not a word that researchers use lightly.

Some of you with diabetes may have learned of the health benefits of blueberry polyphenols and started adding them to your diet through whole fruits or extracts.  Others of you may never have heard of the benefits of blueberries to help normalize blood sugar levels and more.  In general, many people feel if their doctor hasn’t told them about something new that may help their condition, then there isn’t anything. This simply is not true.

Blueberries are particularly rich in polyphenols, a very powerful group of antioxidants. There are 2 main, very large groups, of types of polyphenols – flavonoids and phenolic acids.  Polyphenols are thought to be even more plentiful in fruits and other foods than Vitamin C, another powerful antioxidant.  If you ate a high fruit and vegetable content diet consisting of apples, berries, grapes, cherries, pears, etc, and drank a glass or 2 of red wine, had a cup or 2 of dark cocoa, coffee and tea a day, you could be getting a good amount of natural polyphenols every day.

The problem is that – most people don’t get enough of these food groups naturally through their diet.  As a result they don’t have enough of the disease-fighting potential of these compounds to fend off conditions like type 2 diabetes and its nasty cousin, metabolic syndrome.

What’s metabolic syndrome? That’s a fairly recent term given to a cluster of conditions that include obesity – particularly abdominal belly fat, high, pre-diabetic blood sugar levels, hypertension, and high “bad” LDL cholesterol levels that are high risk factors for developing heart disease, full blown diabetes, and now – it’s been learned – even cancer.  So, how do polyphenols in blueberries (and other foods) combat this unhealthy constellation of symptoms?

Now, just so you don’t think that it just had effects on lab animals, there were also significant findings from studies done on people as well.  One study, published in the Journal of Nutrition October 2010, was done using prediabetic people.  The participants were given freeze-dried blueberry powder shakes to drink for 6 weeks.  At the end of that time, the blueberry-drink group had a 22% increase in insulin sensitivity.

One more study, on people with metabolic syndrome, focused on drinking a freeze-dried blueberry shake, versus just fluids in the control group, for 8 weeks. Those who drank the blueberry shake had lower blood pressure readings as well as lower oxidized LDL cholesterol and other blood markers of inflammation. Inflammation, it’s been learned, is high in metabolic syndrome patients as well as diabetics, which puts both groups at high risk for serious disease, like cancer.  So, it’s felt that blueberry polyphenols can also decrease the risk of cancer in diabetics/prediabetics as well.

So, how do you reap the benefits of blueberry polyphenols? Blueberry extract, blueberry powders added to shakes, are one way to do it, as well as eating about 2 cups of whole blueberries a day. But to reap the most benefit of whole blueberries, eat them raw as cooking (in pies or jams) seems to decrease much of their polyphenol benefit.  But keep in mind that blueberries are not the only food that contains diabetes/disease fighting polyphenols.  As I mentioned earlier, they’re also present in tea, coffee, red wine, and a wide array of fruits and vegetables.  Make sure you get several servings a day.