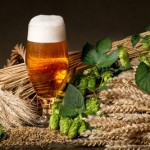 The truth is, certain alcoholic drinks and foods could be exposing you to more arsenic than your body may be able to handle.  Surprisingly, your toenails can be the bellwether of finding out how much arsenic you may be retaining.  Let me explain to you the effect of too much arsenic to your health and the foods you may be over consuming…

Arsenic – The Slow Poison Found in Your Favorite Foods!

You may have heard about arsenic from old movies – or television shows – like Arsenic and Old Lace, which portrayed it as a poison that someone might use to kill someone in a murder mystery.  Even though they’re fictitious stories, the threat of arsenic poisoning is real.

Arsenic is a semi-metal on the periodic table of elements that is odorless and tasteless and goes unnoticed in certain foods and water.  It gets into the water system from environmental runoff contained in pesticides, glass and electronic waste, and wood treatment.  The EPA has set a standard for safe human consumption of arsenic as .010 parts per million (10 parts per billion) to protect consumers from the buildup effect of chronic long-term exposure.

Too much arsenic buildup in your body can lead to poor health with symptoms including:

Yet, even with the EPA protections in place, recent research out of Dartmouth College reveals that, if you drink more than a few glasses of beer and white wine per week, you could be significantly upping your intake of arsenic.  Alcohol, containing water, can have more arsenic in it.  Alcohol also interferes with the way your body metabolizes and naturally detoxes arsenic, so the more alcohol you drink, the more the arsenic detoxing pathways are disrupted. The study showed that men tended to drink more beer and women to drink more white wine.

The researchers measured the levels of arsenic in the study participants by analyzing toenail clippings.  Arsenic binds to the protein keratin found in hair and nails and so deposits itself there.  Your nails and hair can tell the story of how much arsenic you have in your system. The researchers found that those who consumed more beer and wine and ate more Brussels sprouts had the highest levels of arsenic in their toenail clippings.

In addition, their study notes several foods you may be eating that can contribute to building up too much arsenic:

1.  Brussels Sprouts. Their study notes the sulfur compounds in Brussels sprouts as binding to arsenic so that it may not metabolize as quickly as it should.  Other high sulfur containing vegetables are cauliflower, kale, cabbage. This finding is contradictory, though, to advice from other health researchers that recommends high sulfur foods as a method of detoxing arsenic from your body. In addition, many of these vegetables also contain chlorophyll another detoxing agent.

How To Help Your Body Better Detox Arsenic

With the results of these findings, you may want to cut down on your beer and wine consumption as well as limit Brussels sprouts, and other high sulfur containing vegetables.  But, I’d also like to tell you about several “counteracting” foods you can eat, as well as nutrients you can take, that can aid your body in detoxing arsenic safely.  These are:

2.  B12.  Optimal levels of B12 can help you detox arsenic. Since many people over the age of 40 have B12 deficiencies, from the inability of their gut to absorb it, it’s a good idea to have your B12 levels checked.  Ask your doctor about a simple blood test that will show your levels.

3. Total lower dietary fat.  Lower dietary fat intake from saturated, animal and vegetable, coincided with lower arsenic levels.  Surprisingly, Omega-3 fatty acids from fish oil were associated with higher arsenic levels.  Yet, these are likely the organic forms of arsenic which your body can metabolize safely as it does when you eat non-dark meat fish. Other studies have shown that Omega-3 fatty acids have a protective effect against arsenic.

4.  Check Your Water.  In particular, if you have well water, you can inexpensively have your water tested for arsenic.  Well-water has been known to have higher levels of arsenic.

5.  Limit rice/rice products.  Because rice is grown in water and can absorb arsenic, it can pass it along to you.  Switch to brown rice, as you can boil it longer which removes 30% to 40% of the arsenic.  Rinse in cold water well before eating.  Omit products sweetened with rice syrup.

6.  Increase Fiber Content.  Fiber binds to heavy metals in the intestines and pulls them out of your body through elimination before they can enter your bloodstream.

7.  Hair, Nail Analysis.  You can arrange to get a hair analysis (trichogram) to test for levels of arsenic in your body (see Resources below).  You can also get a nail clipping test to analyze.  Some home kits are available online.

As I’ve noted above, some of the findings of this new research is contradictory to what’s previously been recommended as natural detox methods for arsenic.  I caution that this is the result of only 1 study at this time.  Yet, I feel it’s wise to not eat high sulfur containing vegetables raw as cooking/steaming can decrease their arsenic content.  Limiting alcohol consumption from beer and wine to a few drinks a week is a smart health move regardless of their arsenic content.